Andy feels that it might in fact be a grave, that Read's body may have been washed up after he was declared 'missing' and his body repatriated to his family at Crook for burial. Perhaps so. I would need to check with the vicar or churchwardens of St Catherine's for clarification.

However, I would point Sinkinson's 'memorial grave' at Kendal & to a 'grave' at Cautley close to the Yorkshire Border some miles east of Sedbergh. 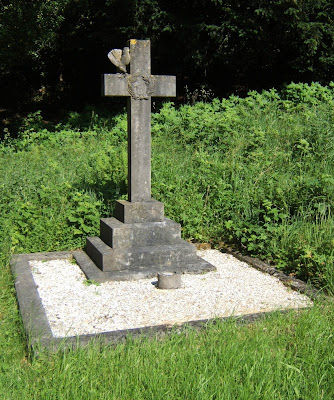 Whether he was shot down in a flamer or ended up in a SE5 rather like this one I cannot discern. 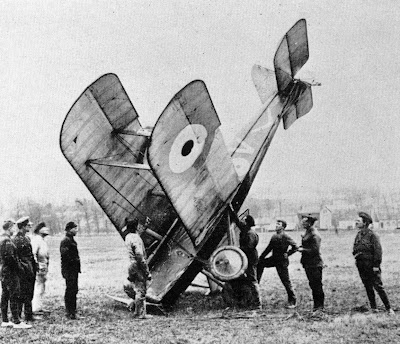 His body lies in plot VII D 45 at Mendingham, Flanders, a cemetery that served a number of casualty clearing stations behind the line at Ypres.

Clearly the 'grave' at Cautley is in a fact a memorial. 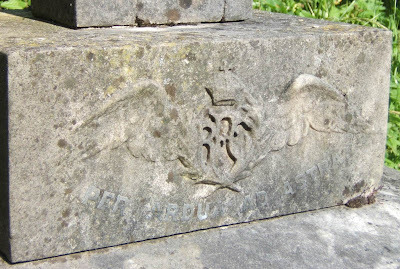 Such empty graves were probably created for a number of esoteric purposes. As a shrine to the memory of the dead man, a statement of achievement and status (see Birrell's grave), but not least to lock into a fundamental tenet of Christian faith that the Great War largely shattered.

The reformation fundamentally changed the realtionship between man and God. In the mediaeval world God's primary relationship was with the living, after the reformation it was with the dead. Central to this belief was the resurrection of the body. Thus in Victorian England there came an obsession with death and the presentation of the person, his virtues and life mirrored by his grave, all ready to impress the angels on Judgement Day.

In the Great War there were hundreds of thousands of no bodies - so no resurrection! Creating a grave, even if empty, made some gesture towards reclaiming the absent body against the day when all would be judged. Indeed the creation of memorials after 1918 was in some part predicated on this belief. It is difficult to overstate how important a body was to the Victorian Christian.
Posted by Louis at 19:02