Sir Edwin Lutyens (29 March 1869 – 1 January 1944) was probably the most famous and respected British architect of his generation. 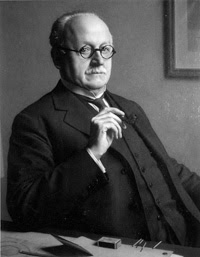 Through a long career he undertook a huge number of commissions throughout Britain and the Empire. Perhaps his most spectacular achievement was the design of New Delhi as the administrative centre of British India. However, back in Britain he also designed many country houses utilising firstly arts and crafts and then classical ideas in a very personal and recognisably English style.

In 1913-14 Lutyens was working in South Lakeland on the design for Abbey House, Barrow in Furness. This rather lovely building was built to provide guest accomodation for Vickers Ltd and a flat for the Managing Director, Sir James McKechnie and later Commander Craven RN. In 1951, having been acquired by Lancashire County Council, the house was adopted as an old people’s home and somewhat neglected. In 1984 it was sold and restored as an hotel.

Post 1918 the services of Lutyens, Herbert Baker and Reginald Blomfield were called upon by the Imperial War Graves Commission to create designs for the War Cemeteries that were being built throughout the world. Lutyens' most astonishing design of these years must be the Thiepval Memorial to the Missing of the Somme that bears the names of over 73000 British and South African dead from the Somme battles of 1916 to mid 1918 who have no known grave. 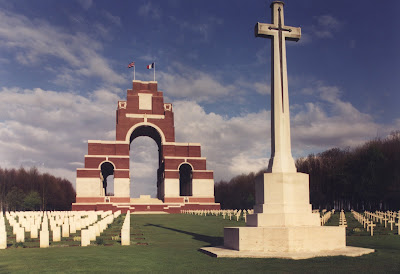 Pictured here with Blomfield's Cross, the memorial is a most remarkable creation. It is impossible to capture on a photograph its overwhelming sense of presence. To be with it, to experience its power, is a deeply moving experience.

Lutyens also contributed the altar-like Stone of Remembrance or Stone of Sacrifice that stands in every major British War Cemetery. 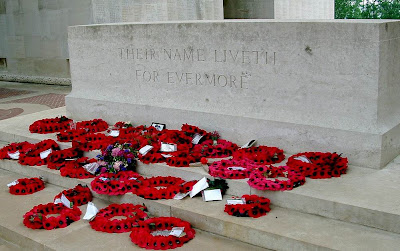 However even these iconic designs must be overshadowed by the The Cenotaph in Whitehall, London.

Using what one historian has described as,

it is the place where each November the British nation reafirms its debt to The Glorious Dead.

The design took less than six hours to complete......

Clearly Lutyens is a seminal figure not simply as an architect but a major player in the creation of the iconography and rituals of Remembrance in Britain. Thus it is quite poignant that vast numbers of people drive up to the west coast coast of Cumbria oblivious to the fact that they pass a fine example of Lutyens' work in the War Memorial at Muncaster. 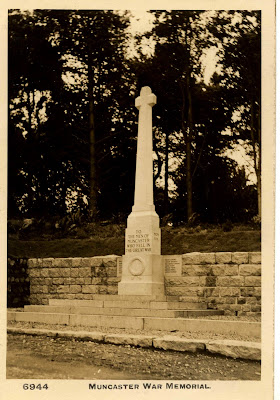 It is a beautifully simple but elegant design with rather odd but successful proportions. I have no idea why Lutyens was appointed to design a memorial in this most secret corner of Lakeland. I guess it may be something to do with nearby Muncaster Castle, the ancient home of the Duff-Pennington family.


Since writing this post Tim Skelton, author of a new book on Lutyens & the Great War, has posted a most interesting comment.
Please do read it.

You are correct in linking this to Muncaster Castle. Lutyens seems to have had a number of discussions with Sir John Ramsden about work to the castle, which ultimately came to nothing. He did however design the war memorial as well as a tomb and memorial to Sir Josslyn Pennington in the local church. Lutyens was a frequent letter writer to his wife and one of his key letters in connection with the design of the Stone of Remembrance was written "In a train to Muncaster". If you are particularly interested in this you may not have seen my book "Lutyens and The Great War" which covers all of his work in this field.

Tim, thank you so much for this most interesting comment. After researching my posting on Lutyens I went to the CCC libraries website & ordered your book! I really do look forward to reading it. Do we up here have any other Lutyens memorials?