Up above Finsthwaite, on the opposite side of Lake Windermere from Fell Foot and the tides of tourists heading up towards Bowness there is a tower on a hill. Now obscured by trees it was once visible for miles around. 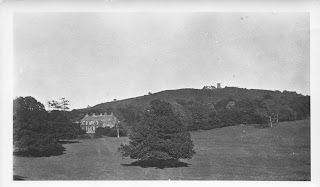 Originally of three storeys it was built in c1799 by James King of Finsthwaite as a memorial to the exploits of the Royal Navy. 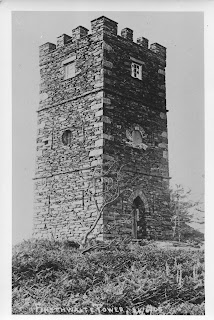 Interestingly Mannex, in his History & Topography of Westmorland and Lonsdale North of the Sands (1849), suggests that the 'observatory' was in fact built in 1797 and talks of people carving their names in the wooden frame. Was there an earlier, timber tower? Perhaps he talks of the door frame?
.
There is a dedicatory inscription ...

ERECTED
To the Memory of
The Officers, Seamen and Marines
of the
ROYAL NAVY
whose matchless Conduct and
irresistible Valour decisively defeated
the Fleets of France, Spain and Holland
and preserved and protected
LIBERTY and COMMERCE
1799 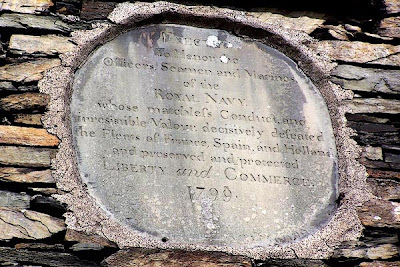 In 1798/9 things did not look good. Britain was deeply involved in the wars with Revolutionary France which appeared to carry all before it. Ireland was aflame and receiving French support, and British India was threatened by Tippoo Sultan, The Tiger of Mysore. In the previous year Napoleon had taken Malta and set about conquering Egypt with the intention of marching on to India to join up with Tippoo and then jointly booting the Brits out of the sub continent.

However, the best laid plans of Old Boney came to naught courtesy of Nelson who obliterated the French Fleet at Aboukir Bay in the Battle of the Nile, Egypt on August 1, 1798. In October of the previous year Admiral Duncan had defeated the Dutch Fleet, then allied with the French, at Camperdown. 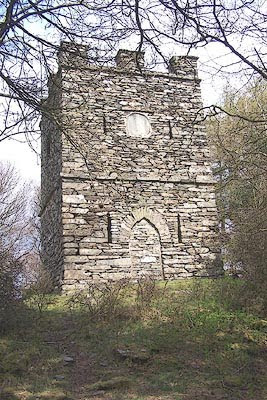 James King was clearly impressed by the Navy's achievements. He did, however, have a personal interest. His father's marriage bond of 1751 describes him as aged 35 and 'lately surgeon on HM Ship Loo'. James senior was a Liverpool man but married Isabel Taylor of Finsthwaite (1722-66). James junior was born in 1755 and eventually inherited Finsthwaite House from his mother's younger brother, Edward (1731-90). James continued to live there until his death in June,1821, an old bachelor.

There was no such ship in the Royal as an HMS Loo but there have been a number named HMS Looe.
The ship wrecked in 1744 lies off the coast of Florida and is a popular diving site. It had a dramatic end. Indeed its undoubted fame was probably the prompt for the ship's inclusion in James senior's marriage bond. But that cannot be a certain conclusion without further research at the Royal Naval Museum archives.

Thanks to Janet Martin for the pics and info
Posted by Louis at 00:53

Thanks very much, Louis, for all that careful research. I have always been interested by my patriotic kinsman and his tower! I didn't know that stuff about his dad