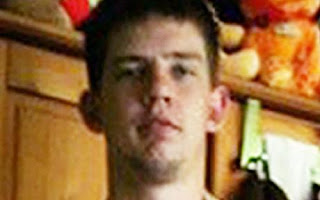 Died of gunshot wounds in the Sangin District of Helmand, Afghanistan, 14 August 2010.


"Sapper 'Cookie' Foster was a Sapper through and through; although new to the Squadron he possessed the qualities and capabilities of a soldier beyond his years.
"He gained the name 'Cookie' by making the mistake of telling the section that cooking was a passion of his and was duly appointed head Engineer Chef, however this was not the only reason why he shone within the Section, it was his hardworking and enthusiastic approach to work, accompanied with his friendly personality that made him the sapper he was.

"As an intelligent and skilled sapper he fitted in with the section from the start and was liked by all. We only had the privilege of knowing 'Cookie' since he deployed and joined us at Forward Operating Base Sangin Fulod, but within that time he has made a lasting impression on us all that we will never forget...

Email ThisBlogThis!Share to TwitterShare to FacebookShare to Pinterest
Labels: Afghanistan