Sometimes I am truly amazed at the number of memorials that exist in the smallest of communities. Today I had a drive up to the hidden villages lying between the Eden and the hills of Lakeland north west of Penrith; a landscape of gently rolling farmland, leafy lanes and dispersed farming communities. In amongst these is a scatter of wonderful old churches and chapels. Skelton is one such. 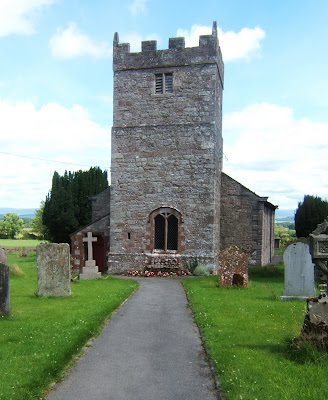 The church of St Michael with its 14th century tower lies at the edge of the village. It is approached through a lych gate, itself a memorial commemorating the men of the village who died in the Great War. Shame about the plastic container! 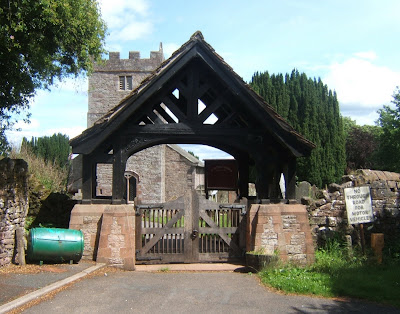 The names of the men are carved on the sandstone base. 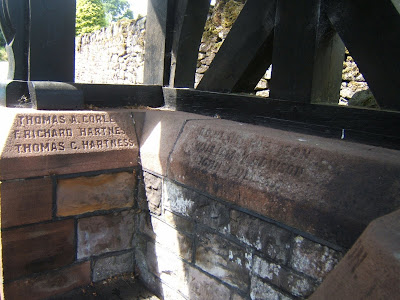 A further memorial in the form of a stock graveyard cross can be seen to the left of the church tower interestingly using the dates 1914 - 1918. The names are again inscribed together with the dedication...
'They died in War that we might live in Peace'. 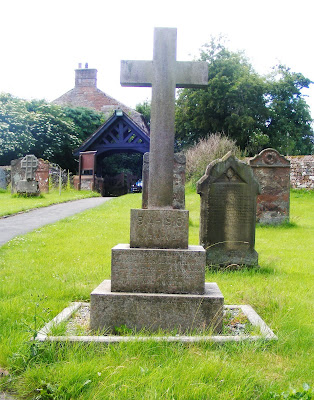 Inside the church are two hand drawn rolls of honour. The earlier one listing all from the village who served and died in the European War was drawn by Irwin Walker in March 1921. He did not serve but being the son of a farm labourer he may have been exempt. 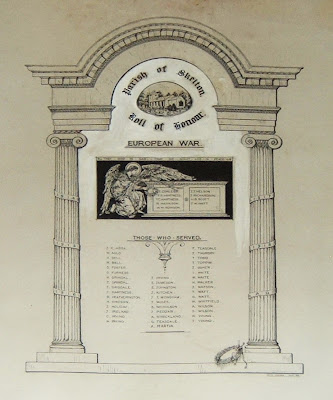 The central detail is beautifully drawn. 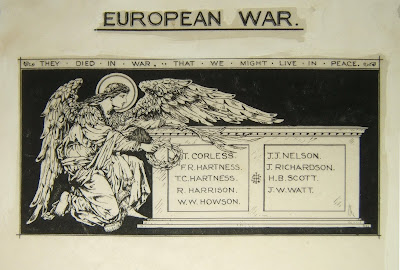 The second roll, drawn by RF Allinson in September 1949, lists those from the Second World War and includes seven women, reflecting the totality of the nation's engagement in the conflict where the women's services were so central to the national effort. 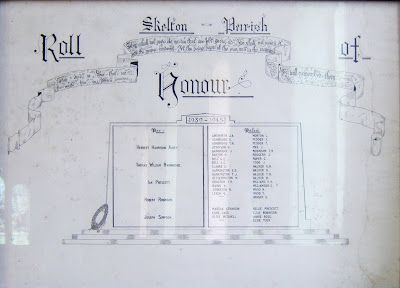 At the bottom of the nave, beneath the organ, is an oak screen that appears to have no purpose. Was it originally elsewhere in the village? The central panel lists the dead of 1939-45. 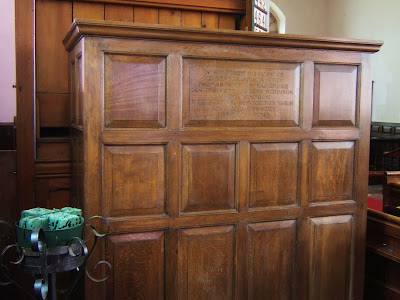 On the north wall of the nave is a spectacular plaque bearing the arms of the Cowper family and dedicated to the life and Great War service of Lt Colonel Malcolm Gordon Cowper. He joined the East Yorkshires from The Buffs as a 22 year old subaltern in 1898 and led the 6th (Service) Battalion thro' all of its battles in Gallipoli, France & Flanders between 1915-18.

The places named here are long forgotten by the vast majority of people but in the post 1918 years they would have been familiar to all, dark names resonant with death and heroism. 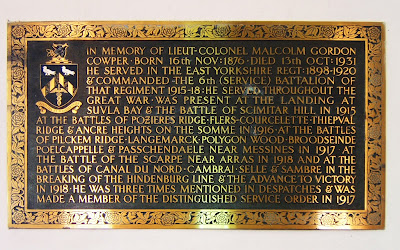 To find so many memorials in such a small, quiet community is indicative of the huge emotional impact of the world wars of the twentieth century. It is something I can only imagine, at best emotionally reconstruct from the echoes I felt as a child. I have just been watching the 70th anniversary celebrations of the Battle of Britain on TV and an Air Marshall observed that to young people that conflict is as remote as Trafalgar or Agincourt. Perhaps so, but it is sobering to contemplate the effort that places such as Skelton made to put the memory of Great Events in the ancient continuum of English history.