My mate Rod has just returned to a damp North Lancashire after spending a week cruising along the Nile looking at the antiquities and eating humous. True to form he kept an eye cocked for war memorials and, by golly, he found one!

One of the trips was to the Temple at Philae in southern Egypt, one of the monuments that was moved, stone by stone, during the construction of the Aswan dam. The pic here dates dates from the later 19th century. 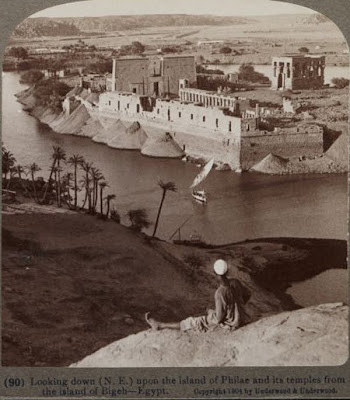 Throughout history it has been a military post on the boundaries of Egypt and Sudan, for Egyptians, Macedonians, Romans and British. It is a beautiful place I imagine - somewhere I would much like to go. 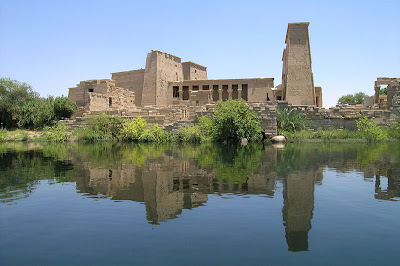 During the Gordon relief expedition of 1884-5 Philae was a base area for British forces advancing southwards into the Sudan to confront the Mahdist forces who had invested the residency under the command of Chinese Gordon. One of the principal brigades employed was a column of Camel troops, volunteers, drawn from a number of regular mounted and infantry Regiments of the British Army. During the course of its advance into the Sudan it was engaged in a series of engagements with native forces during which a number of men were killed.

In remembrance of these losses their comrades carved a memorial on a wall of the Philae Temple listing those who died from 'The Heavy Camel Regiment'. 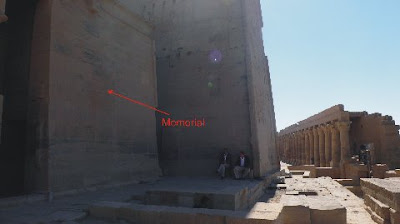 Typically of memorials commemorating the dead of Britain's myriad Imperial conflicts only the Officers are named. All are listed in two columns; killed in action on the left, died of disease on the right. They are further listed under their original Regiments, Scots Greys, Lancers & Dragoon Guards 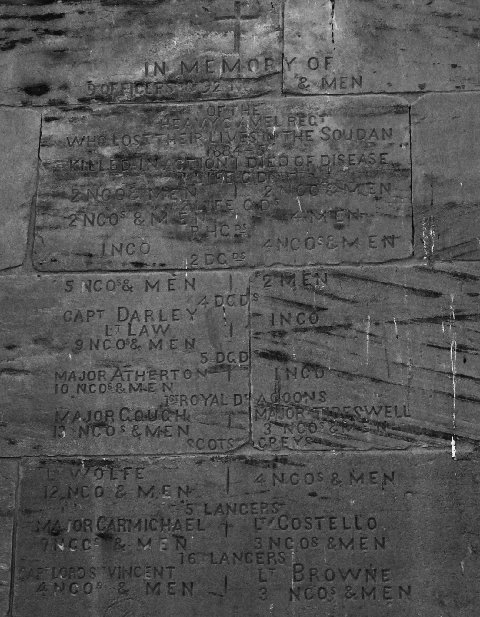 Don't know if there are any Cumbrians here, but likely!

The campaign that these men were engaged in culminated in the Battle of Omdurman. See here for my posting on a Cumbrian fatality at this action.

Email ThisBlogThis!Share to TwitterShare to FacebookShare to Pinterest
Labels: Sudan