Hidden away on the banks of the Eden at Great Musgrave is the magical church of St Theobald. There have been a number of churches around this site since at least the late twelfth century, and probably long before. Prior to 1248 the living was under the patronage of St Mary's, York. 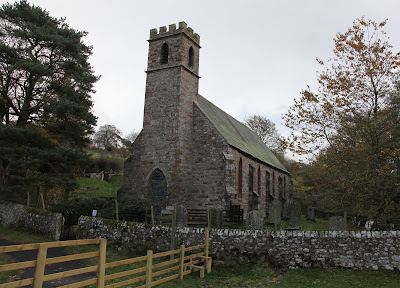 There are a number of interesting memorials.

At the east end of the nave is a rough hewn table with two small dedicatory brasses on the edge commemorating members of the Fawcitt family. 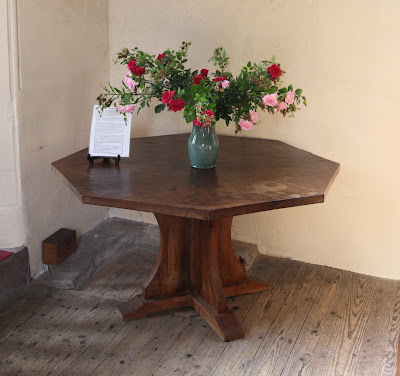 The earlier of the two is; 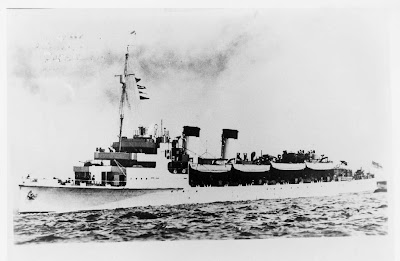 Prior to Husky the ship had served as a commando carrier at St Nazaire. Young Fawcitt had been Mentioned in Dispatches sometime prior to his death, perhaps at St Nazaire. But why is he commemorated in this obscure corner of Cumbria? On the CWGC website his parents are named as Norman and Ethel Fawcitt, of Rothley, Leicestershire.
The Licata landings in which Fawcitt was killed was a predominantly American operation at the far western end of the landing beaches.

As well as the Fawcitt table there are two Great War memorials placed on the south wall of the nave. They still have their, probably, original brass candlesticks and vases on a shelf below, altogether a simple village war shrine. 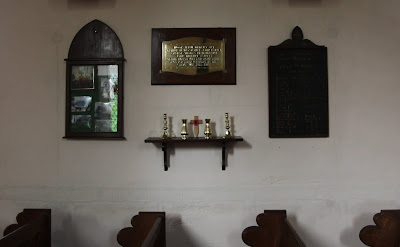 The large Roll of Honour is painted on board and lists all of the parish who served 1914 - 19. 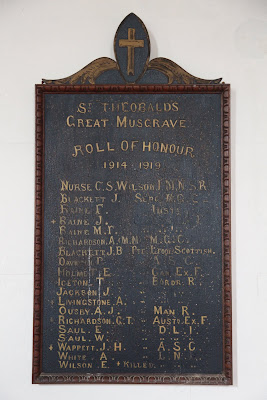 Sadly the paint used a lot of black pigment of a type that is now cracking and discolouring the gilding in which the names are painted. There is a nurse (her unit is I M N S R?) and guys from the district who served with the Canadian and Australian Expeditionary Forces.

Five men are listed on the Roll as having died but only four appear on an accompanying brass plaque produced by F Osborne & Co of London, church furnishers. 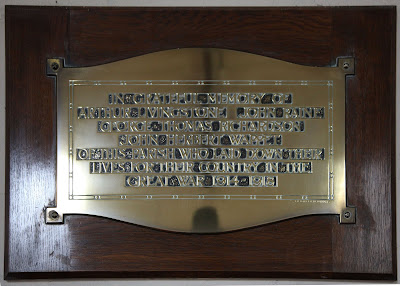 This plaque is identical in form to WW1 & WW2 memorials in the Methodist church at Ousby and, possibly, to one in the parish church there. Ousby church is now redundant, up for sale and permanently locked.