When setting up this Blog I did hope that people out there would respond with information about the memorials that I described and would perhaps fill in some of the gaps in the historical record. In this it has been marginally successful; in about four instances there has been real interest and the story of the memorials has been substantially enhanced. None more so than the posting about the Memorial Hall at Charney Hall School, Grange over Sands. Here a couple of 'old boys' have got the bit between their teeth and painted a vivid picture of life at the school in the third quarter of the twentieth century and of the part played by the Memorial Hall in the life of the scholars.
Comparing the images on the original posting with this aerial photo a clearer picture emerges of the school's environs. 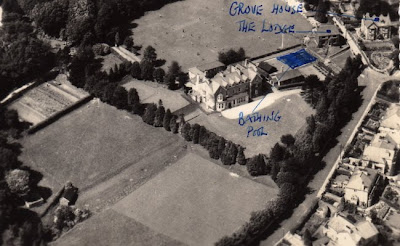 This pic was sent by one of the 'old boys', John Cranna, who has been most informative. Over the last couple of days he has sent me a few excellent photos and documents. The one below shows the original location of the School's World War 2 memorial in the entrance porch of the new building beyond the cricketers. 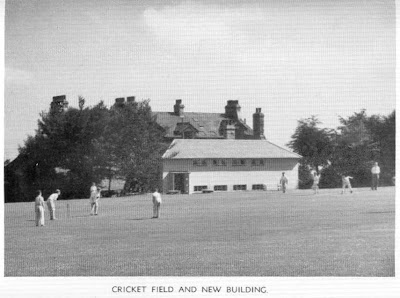 This is now mounted in the nave of the Parish church in Grange. From an account written in c1955 it would appear that this was unveiled in the early 1950s.

Sadly my original question, whether or not there was some form of memorial listing the great war dead by name, remains tantalisingly unanswered.

If there is such a listing then they would be contemporaries of Hubert Podmore, the headmaster's son, who was killed in the conflict. 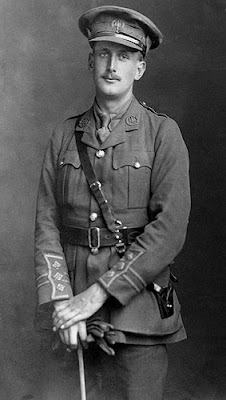 What a nice, gentle looking guy. A Gentleman. His battlefield cross is in the Parish church at Grange. 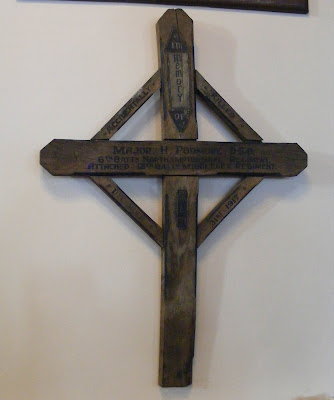