I have been trying to get a good photograph of a memorial in Arnside for some years. Unfortunately it was hung in the billiard room of the Village Institute. The windows were covered and the light insufficient to allow a reasonable quality image to be obtained. However, in recent months it has been moved to a much lighter building which has allowed a fine high def picture to be taken.

This superb Roll is painted on vellum and lists all the men of Arnside who served. The dead are marked with small gilt crosses. It is signed by Agnes Audrey Hilton and dated 1923. It is a superb example of Deco decoration. 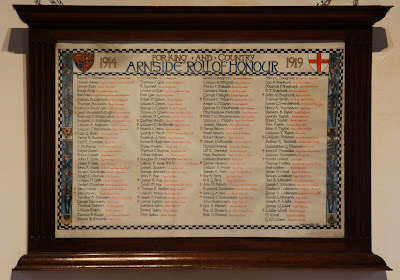 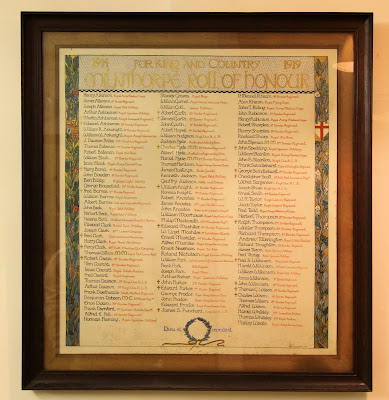 Agnes Hilton was the daughter of Robert Hilton, from 1904 - 21 Director of The Keswick School of Industrial Arts.

The design of this beautiful Compote, made by the Keswick School, is attributed to Robert. 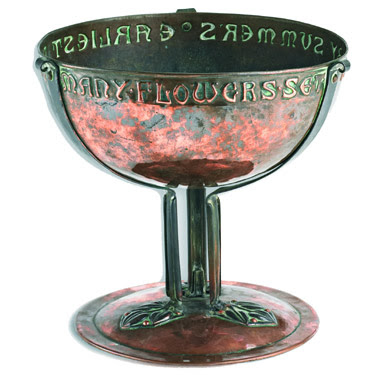 The sentiments expressed - MANY FLOWERS SET FREE BY SUMMERS EARLIEST DUTY - echo the imagery employed by his daughter in the decoration of the Rolls. There are also similarities in the decorative lettering. 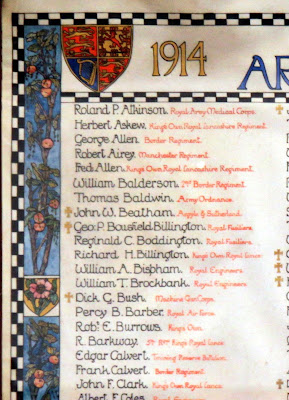 Agnes Hilton designed a further Roll which is in the Parish church at Beetham.