Just given two talks this week - they seem to have been well received! However, it is always apparent that there is so much to say - memorialisation is so complex, drawing on many different ideas to create the whole.

One issue is around the design of memorials or more properly their form.

This below is a pretty standard and, because of its imposing size, relatively high status grave marker; in this instance in Ulverston cemetery. The Victorians were obsessed with death and status and it was not unknown for families to virtually bankrupt themselves when acquiring a tombsone or grave marker. 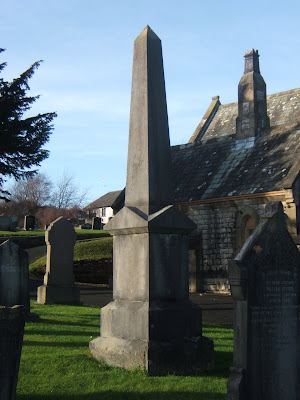 Making a clear statement about its - late - owners status, wealth and social aspirations, even in death, forms such as these draw on popular neo-classical style reaching heavenwards to touch eternity. The association with antiquity implies sophistication and taste.

The employment of a similar form can be seen here below at Gosforth.

The reasons for choosing such a form of memorial would be both practical and esoteric! 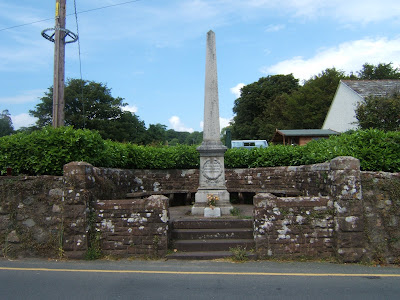 Most simply their purpose as memorials to the dead was implicit. Commonly understood symbolism that was associated with such forms, particularly status, would be transferred to the dead soldiers as easily as it had been applied to the person or family in a grave. Many late Victorian funereal monuments such as these employ reliefs of wreaths, crowns and various plant forms and these often reappear on memorials. Such imagery, of victory over death through resurrection of the body, was well understood by Victorians and Edwardians. Similarly the language of flowers.

Not the least consideration in choosing such a form of memorial, however, would be cost. Approaching an established monumental mason, such as Swallow in Windermere or Fairbairn & Hull in Barrow, a War Memorial Committee would simply choose a stock form from a pattern book. Far cheaper than employing an architect.

Great photo at the top.

I enjoy the contrast between the sharp angular shape with its sharp sun and shade, and the less defined church and tree.

I however have difficulty understanding the sentence:
"The employment a similar form can be seen here below at Gosforth."

Presumably there's an 'of' missing which seems obvious when you've spotted this . . .

Thanks for that Geoff. Quite right. Took the opportunity of messing around with the posting a bit.