Some time ago friend Howard sent me an email with some interesting info about an alleged memorial at Barrow in Furness. It related to Forshaw Street, supposedly named after a VC winner born in the town. 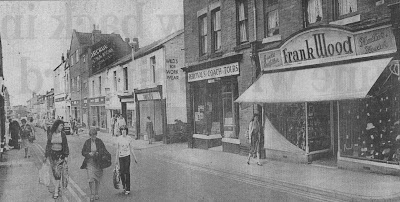 On the 7th August 1915, 2nd Lt, acting Captain, William Thomas Forshaw of the 1/9 Manchesters was given the task of holding a corner of the position known as 'The Vineyard' at Gallipoli. Over the following few days the trenches here were subjected to repeated attacks by Johnnie Turk. Forshaw's citation for the Victoria Cross describes what followed:

Lieutenant Forshaw not only directed his men but personally threw bombs continuously for over 40 hours. When his detachment was relieved, he volunteered to continue directing the defence. Later, when the Turks captured a portion of the trench, he shot three of them and recaptured it. It was due to his fine example and magnificant courage that his very important position was held. 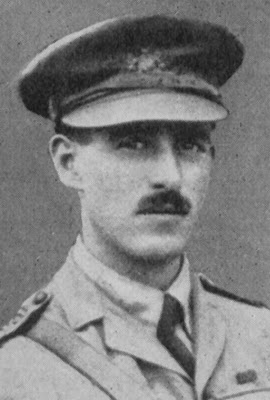 The problem with the 'memorial street' arises from the fact that there was a Forshaw Street in Barrow in the 1870s. It was the location of some heavy duty riots by a crowd of Irish 'Navvies'. Without street maps to make a comparison it is difficult to be certain that this is not 'an urban myth'. Whatever the truth Forshaw Street is no more - it has been replaced by a multi storey car park & shopping precinct.

What is certain, however, is that the brave officer was given a sword and the freedom of Barrow by the Mayor and council in 1916. Some years ago this sword was being used as a prop for dramatic efforts in a local school in the town. Its importance was realised when a dedicatory inscription was noted on the blade. It subsequently came to take pride of place in the Manchester Rgt museum together with Forshaw's medals and a silver tea service presented by North Manchester High School for Boys in Moston where he taught English before the war.
In 1996 a Blue Plaque was erected at Ladysmith Barracks, Ashton under Lyne. 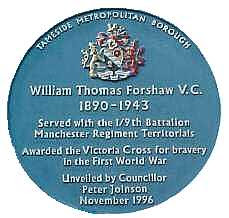 Forshaw did not have a succesful life. After a short post war career with the Indian Army he established two preparatory schools but both went bust. He died at Bray, Maidenhead, Berkshire in 1943 and was buried in an unmarked grave. A headstone was finally erected in the 1990s
Posted by Louis at 17:21

Hello! Interesting blog you've got here. I tend to visit the Highlands when I come to the UK, and I know I haven't scratched the surface of all the memorials and monuments yet. ;)

Thank you Linda! There is a lot to see in the UK & many thousands of memorials. You really should check out the Lakes!