There are some truly wonderful secrets in the English Lake District. A particularly magical spot is the isolated church of St Anthony on Cartmel Fell. I took a new found friend there on Saturday - she wanted to visit a 'special place'! Great to meet an enthusiast! 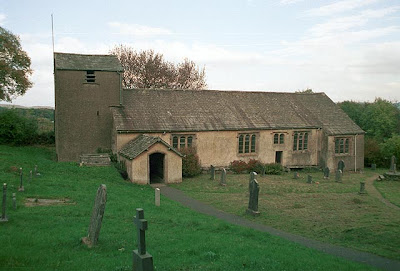 Standing in the woods above the Winster valley the church was built in 1504 as a chapel of ease within the greater parish of Cartmel Priory. It has some wonderful fragments of 15th century glass, taken from the priory at the time of the dissolution, and two private pews, the older probably constructed from a Rood Screen originally either here or at the Priory. The wooden panels retain traces of paint from what were probably paintings of saints, scraped off by iconoclasts around the time of the Commonwealth. 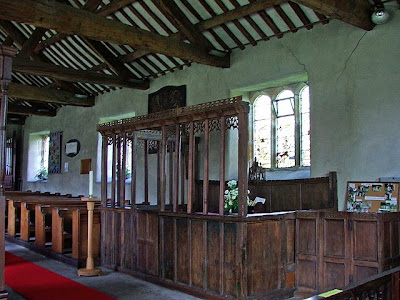 I am almost as fascinated by surviving pre-reformation church furniture and decoration as I am by war memorials!

At the entrance to the church the visitor passes through a lych gate into the churchyard. Just beyond this is a large standing stone on a base constructed of local slate. The base may be older, I'm not sure. Both lych gate and stone comprise the parish war memorial. 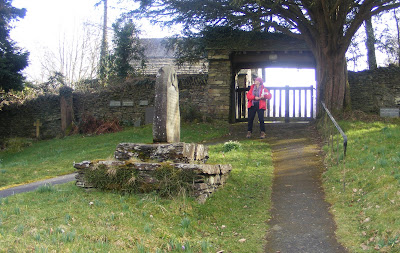 They were designed by Curwen, an architect of Kendal & Heversham.

The names on the memorial include those of Joseph Holt and William Higgin Birkett both of whose names appear on Winster's memorial and both of whom have imposing plaques in that delightful little church. 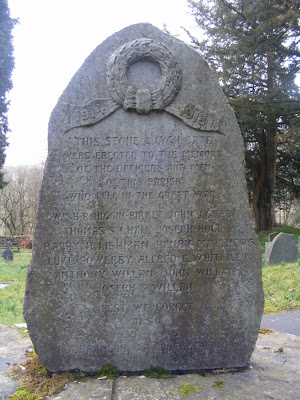