I guess the idea of a Quaker war memorial seems a bit odd - but two have turned up and one, a chair, has come to a temporary rest at Swarthmoor Hall while a permanent home is found. 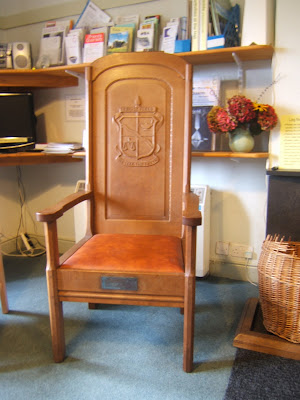 The memorials were at Brookfield School, Wigton, a Quaker school founded in 1815. The premises were originally at Highmoor and moved to Brookfield in 1827. The school closed in 1984 and passed out of Quaker hands. It was presumably at this time that the memorials were removed, I believe, to Wigton Meeting House.


The chair bears a plaque naming the old boys of Brookfield School who died between 1939 - 45.

Rowland S Armstrong is named on the CWGC website as Roland Scott Armstrong, son of George Lee & Margaret of Carlisle. He was posted 'missing believed killed' aged 22 as an Acting Sub Lt RNVR, 854 Squadron, Fleet Air Arm, flying Avenger IIs on January 29, 1945 while serving aboard the aircraft carrier HMS Illustrious. The carrier was part of Force 63 making a raid on Soengi Gerong oil refineries near Palembang. Casualties were incurred by stray anti aircraft shells fired by HMS Euryalus which was engaging Japanese Kamikaze attacks. 11 were killed and 22 wounded. Was Rowland one of these or was he killed while flying?

Edward Coward is probably Edward Mason Coward, First Radio Officer, Merchant Marine. The only man of this name on the CWGC Register died serving aboard the SS Traveller of Liverpool on January 26, 1942 aged 20. She was torpedoed by U106 in the North Atlantic with the loss of 50 lives. 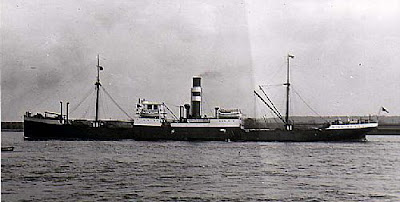 113798 Selby Greenop, Flight Lt, RAFVR, son of Harold & Janet Greenop of Carlisle. Selby was killed on November 7, 1944 in one of the many forgotten tragedies of the war when Landing Ship Tank 420 carrying No 1 Base Signals & Radar Unit to France hit a mine off Oostende. 14 Officers & 224 other ranks were lost; just 31 men survived. The unit was wiped out. Selby is buried at Oostende New War Cemetery. LST 427 is seen below, they carried huge amounts but sank like stones. 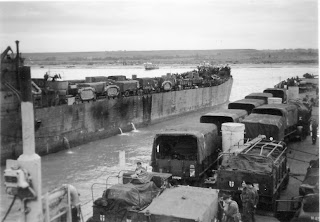 Leutenant Stanley Learmouth Haydock, RN, died aboard the Portsmouth destroyer HMS Acasta on June 8, 1940 aged 25. He was the son of Hugh & Isabel Haydock of Upminster. The Acasta was lost off Norway while sailing with HMS Glorious, see here for a posting about the terrible events of that day. 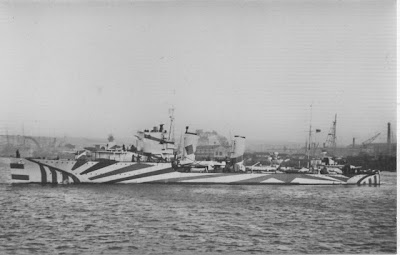 23 year old Flying Officer Gordon Noble Leach, RAFVR, was piloting Stirling LK 502 on a night photo training mission from RAF Wigsley on May 27, 1944. The plane developed Engine trouble and crashed at Cliffe Park, Rudyard, Leek, Staffs. Four crew were killed, four survived. Gordon was the son of James and Janet Noble Leach of Newcastle on Tyne. He was cremated at Newcastle Crematorium. This is the crash site. 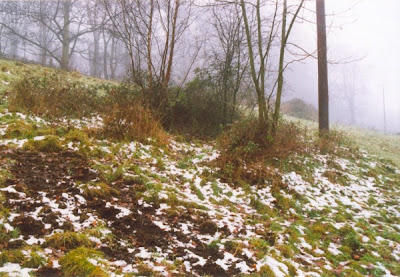 927407 John Watson Leathes, aged 31, served in India as a Serjeant with 51 Battery, 69 Field Regiment, Royal Artillery. He died of unknown cause on November 1, 1944 and is now buried at Kirkee War Cemetery, nr Poona. 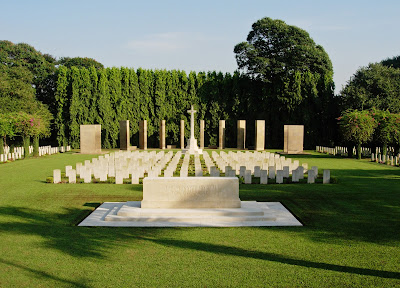 George Robertson & David Smith must, for the present, remain anonymous. Their names are too common to be easily identified.

Many Quakers struggled with their consciences at the outbreak of WW2. Though committed to pacifism Hitler was sufficiently bad news for some to put this principal to one side. Others did not. There is no way that I can easily ascertain how many of the men were Friends and how many simply attended the school as non Quakers.

I have just had the following email:

The chair was made by Stanley W Davies (see Wikipedia) for the Old Scholars Association of the Friends' School Wigton shortly after the war. I was a younger pupil at the same time as some of  people commemorated.George S Robertson was a pupil from 7/1934 to 12/1939 and served in the RAF. He was the elder son of  Robertsons who were the foremost bakery firm in Carlisle. David Smith is recorded in the School history as coming from Low Fell.  He was a pupil from 5/1933 to 7/1937. Unfortunately I do not have any information about which service he was in. I hope this may be of some use in identifying them.

There is a WW1 memorial in the form of an oak plaque presently in the Meeting House at Wigton. The building is shortly to be sold and the plaque will be removed to Ackworth School.

As a consequence of receiving this email Robertson can now be identified as 1821069 Sergeant (Air Gunner) George Smith Robertson RAF Volunteer Reserve, 106 Squadron. A Lancaster in the Squadron's markings is seen here.

Robertson was killed on 31st March 1944 in the great raid on Nuremberg.

... This would normally have been the moon stand-down period for the Main Force, but a raid to the distant target of Nuremberg was planned on the basis of an early forecast that there would be protective high cloud on the outward route, when the moon would be up, but that the target area would be clear for ground-marked bombing. A Meteorological Flight Mosquito carried out a reconnaissance and reported that the protective cloud was unlikely to be present and that there could be cloud over the target, but the raid was not cancelled.

795 aircraft were dispatched - 572 Lancasters, 214 Halifaxes and 9 Mosquitos. The German controller ignored all the diversions and assembled his fighters at 2 radio beacons which happened to be astride the route to Nuremberg. The first fighters appeared just before the bombers reached the Belgian border and a fierce battle in the moonlight lasted for the next hour. 82 bombers were lost on the outward route and near the target. The action was much reduced on the return flight, when most of the German fighters had to land, but 95 bombers were lost in all - 64 Lancasters and 31 Halifaxes, 11.9 per cent of the force dispatched. It was the biggest Bomber Command loss of the war.

Thanks for your comment Geoff - good to remember these men & boys & the work they did.

WE can give you information on some of the other names. Marjorie

How interesting to find this memorial. I am a nephew of John Watson Leathes. John and his 2 sisters, Mary and Mabel (both now deceased) attended the Friends School as non-Quakers.