In his book The Missing of The Somme, Geoff Dyer suggests a reason for the naming of names that is the focus of the War Memorial after 1918/19

In the naming processes, of putting one’s own loss against other’s in the community the pain of mothers, wives and fathers was subsumed in a list of names whose sheer scale was numbing...
Realising that grief could be rendered more manageable if simultaneously divided and shared by a million the scale of sacrifice was emphasised. Publicising the scale of the loss was the best way to make it bearable.


But there is another commonality to memorials that was central to their message; their place in the landscape.

After 1918 there were long discussions about the forms that memorials should take. At Milnethorpe.....

... the suggestion of tablets in the Church and the Methodist Chapel was ‘too insignificant’, a children’s playground and a mortuary chapel too expensive. Only the vicar wanted a lychgate. A village club was dismissed as there were already two underused venues. Private Knight, a demobilised soldier, suggested the memorial fund should be shared out amongst veterans. This was diplomatically rejected on the grounds that it would ‘ignore the fallen’. Like the vast majority of communities the final decision was a cross, of Portland stone, to be erected on the village green. 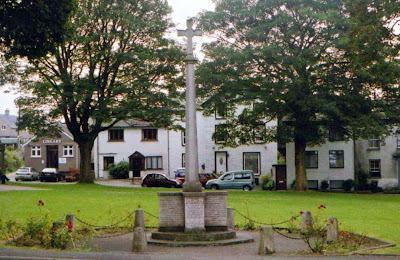 When a cross, obelisk or other similar funereal form was adopted they were often placed by the roadside so that the names of those lost would remain with the village people and more importantly be made public, engaged with by the itinerant traveller and ultimately, the nation. The fellside village in the hills of Cumbria very publicly claimed its place in the Empire's grief.

There are many examples in the county of roadside memorials. 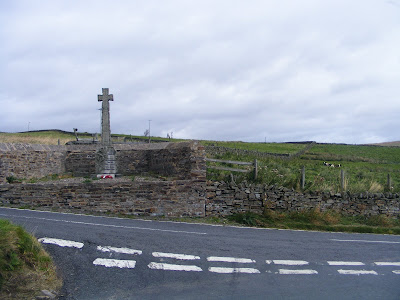 Cowhills on the Northumberland/Durham border on the High Fells above Alston. 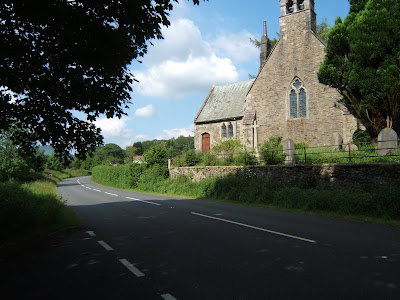 The presentation of the dead was central to the memorial's purpose. By adopting the unspoken precedent of placing the names on the King's Highway for all to see the dead of all classes & castes became equals in the Army of the Dead. And as important the status of the pauper and his widow was seen to be equal to that of Prince's widows. The world was slower in 1920 and the vast majority of passers by would take time to gaze and reflect. 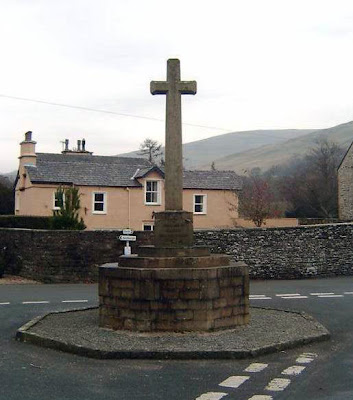