Went out for a Last of the Summer Wine day with friends, ending up in Alston, the highest market town in England.
The parish church of St Augustine of Canterbury which dominates the town was built in 1869, the third church on the site. 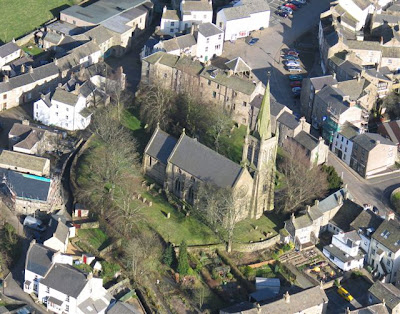 It was finaced by public subscription but with substantial contributions from Greenwich Hospital estates. These estates were originally held by the Radcliffe Earls of Derwentwater, a bastard line of Charles II by one of his mistresses. They were forfeit to the crown after James, the third Earl, was captured at Preston in 1715 and beheaded on Tower Hill. In 1765 all their lands were granted to Greenwich Hospital who in turn rented them out to tenant farmers and leased the mineral rights to substantial deposits of lead ore to The London Lead Company who became a major employer and benefactor.

After 1919 there was considerable discussion as to the appropriate form a memorial should take. In May 1920 it was agreed that Carlisle architect JH Martindale, who in 1889 had designed the reredos behind the altar, be approached to provide a design for a chancel screen. It would be made by Thomas Lawson of Carlisle at a cost of £415. 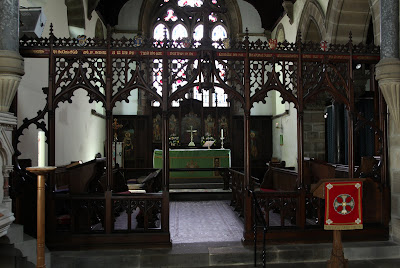 The initial proposal was that the dead of all faiths be listed by rank and date of death. This was later amended to a simple listing by christian & surname. After the names had been advertised in the local papers and checked with the various nonconformist chapels in the district they were carved on two panels on either side of the screen. 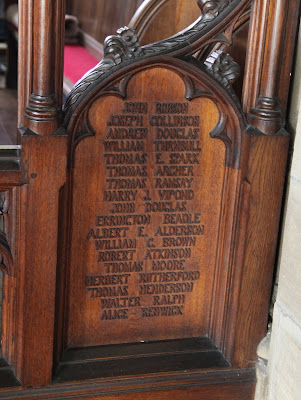 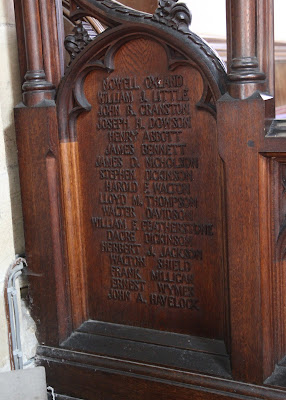 In the porch of the church there is another memorial high up on the wall. There is no indication of where it might have originated. 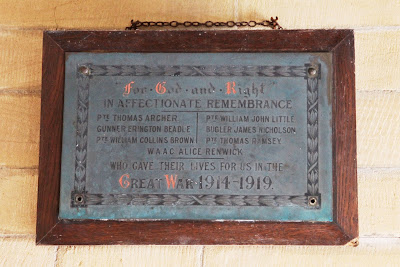 Louis, I would very much like to contact you re Alston. One Nowell Oxland, Cumbrian poet (and rugby player) killed at Gallipoli is commemorated at St Augustine's, where his father was vicar. I can see his name in the photo of the wooden panel here, but am also told that there are paintings of him with halo and clad as St George, either side of the altar. I am very keen to get photos, which is tricky as I am in London! Happy to share info re Oxland, and a sample can be found at www.rugbyremembers.co.uk. You can email me at stephengcooper@lineone.net I hope tom hear from you, best wishes Stephen Cooper