There are many buildings of note in Cumbria and the Lake District - some well known - some less well known. All have a history. One of the most elegant must be Storrs Hall on the East side of Lake Windermere, just south of Bowness. Since 1892 it has been a hotel, but for many years prior to this it was a private house. 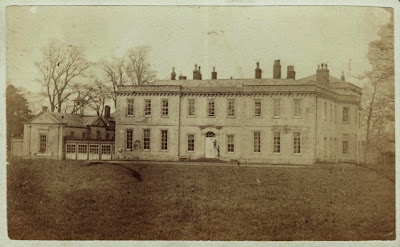 This old photo probably circa 1870 shows how it looked when in the ownership of the Rev Robert Staniforth who inherited it in 1848 from Elizabeth, the widow of John Bolton.

John Bolton was an Ulverston lad, educated at Town Bank School, who made a vast fortune in the slave trade. A friend to Walter Scott, Canning, Southey and Wordsworth and many other Victorian elites he famously held a party that prompted Scott's son-in-law to say,  'It has not, I suppose, often happened to a plain English merchant, wholly the architect of his own fortunes, to entertain at one time a party embracing so many illustrious names.' A plain English Merchant! An odd sentiment to modern ears for one who owed all to the appalling trade in 'Black Gold'.

Bolton acquired the house from John Pike Watts, a London Wine Merchant and uncle of John Constable. He in turn had bought it in 1804 from Sir John Legard, 6th baronet, of Ganton in Yorkshire (c1758-1808) who had bought the land and built the house during the 1790 and completed in  1797. It was around this time that he built 'The Temple'. 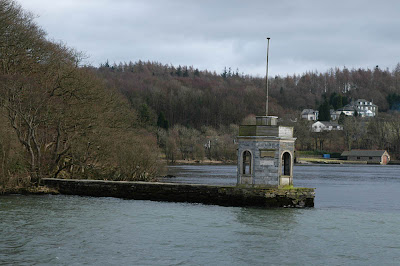 As noted in other postings, specifically that describing Finsthwaite Tower, the successes of the Royal Navy in the French Revolutionary Wars, fought against our ancient enemy, were celebrated by all classes. But it was the merchants and the middling gentry whose trade and fortunes were threatened who celebrated most as French and Spanish warships were swept from the world's oceans. In the absence of a continental army it was only the Royal Navy that could take the war to the foe, much like 1940. The Commanders were the superstars of their day. And here at Storrs Legard built his commemorative memorial to Admirals Howe, Duncan, St Vincent and the immortal Nelson. 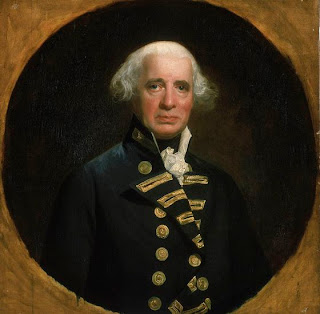 Earl Howe gained a place on the memorial as a consequence of the action in 1793 known as 'The Glorious First of June' when he commanded a force that drove the French fleet into harbour where it more or less remained for a couple of decades.


Admiral Duncan gained distinction at the Battle of Camperdown in October 1797 when he defeated the Dutch fleet, then allies of Revolutionary France. 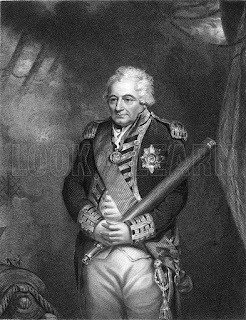 John Jervis, Earl St Vincent, was a towering figure in Nelson's Navy. In 1797 he achieved a notable victory off Cape St Vincent against the Spanish fleet of 27 Ships of the Line with his own smaller force of 15. 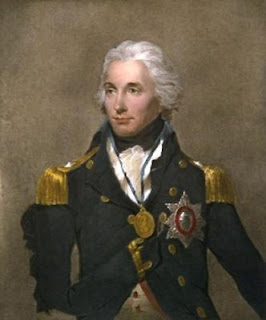 Nelson.
At St Vincent with Jervis and though only a Commodore he was already a folk hero. He fought the Frenchie with a single minded determinatio to win. His exploits earned him a reputation that is almost unique and which inspired and defined the ethos of the British Navy for generations.

A full history of the Hall and its occupants can be found here.
Posted by Louis at 00:27