This blog owes a great deal to Mr Andy Moss; as I have researched memorials he has researched the names - at astonishing length! Some of the stories he has come up with are extraordinary.

I have barely covered Barrow memorials in either my researches or in this blog - a fact that I regret. But the probable numbers of them and the fact that all the churches and chapels in the town are locked makes the task rather daunting. 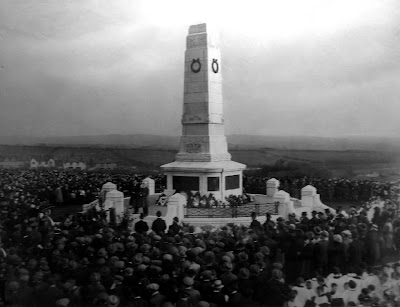 There are hundreds of names on Barrow's war memorials, specifically that in Barrow Park, the towns primary place of commemoration.

One name has a remarkable tale attached; that of Flying Officer (navigator) Alfred John Baythorp, RAFVR, who died on July 14, 1944 while flying aboard RCAF Handley Page Halifax JN 888 of 624 (Tiger) squadron out of Blida, North Africa. The aircaraft crashed high in the Pyrenees, above the town of Nistos, while engaged in the dropping of supplies to the French Resistance. 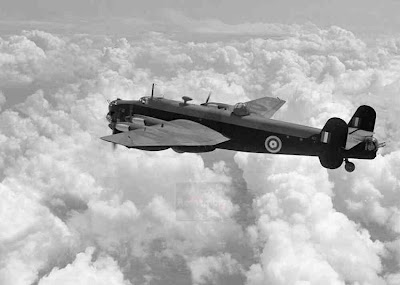 624 was a special squadron that conducted clandestine operations over France, Yugoslavia, and other occupied countries in Europe. From its base in northern Algeria, it utilised the long range and large load capacity of the Halifax to drop weapons, ammunition, radios, supplies and agents to local resistance units. The details of flights by other crews provide further hints about the nature of the operations:

Halifax JN 888 was piloted by PO Leslie Arthur Peers of Chatham, Ontario a married man of 27 and father of a young son. To fulfill their missions Peers had to fly at very low level and on the night of July 14, 1944 was flying over the peaks and forests of the Pyrenees peparing to drop supplies to a group of Maquis. 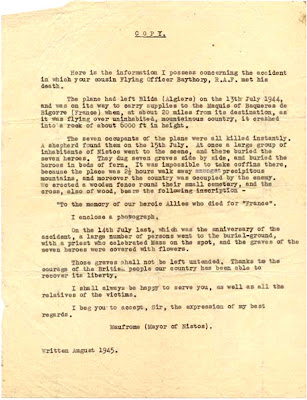 The men were buried in a clearing close to the crash site and after the war the CWGC decided that the bodies were too inaccessible to be recovered so they were left where they lay, on beds of French bracken. In 1994 the Canadians and the French built a permanent memorial garden which is maintained by local people who continue to have a great reverence for the men, who died for The Liberty of France. 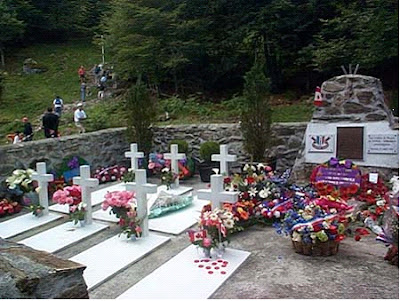 Apart from Baythorp & Peers the other crew were as follows: 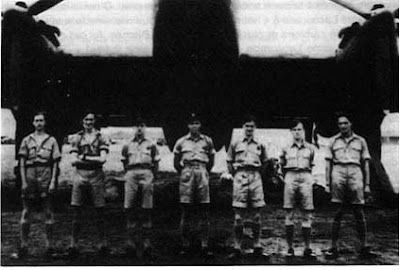 So what was the tale behind the story? You can't just leave it hanging!