It is quite productive in terms of War Memorials to take a tour of Cumbrian villages via Google Earth, quite a number are plain to see. A typical image is that of the church and memorial at High Hesket on the old road between Carlisle & Penrith. 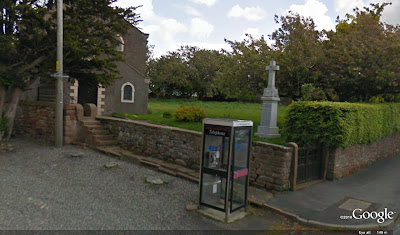 The chancel arch of the chapel is apparently of 12th/13th century date but the main body is probably 16th century. Many corpses were interred here following an outbreak of plague about 1530 and a chapel was erected or enlarged about the grave pits. What is seen now is largely Victorian. 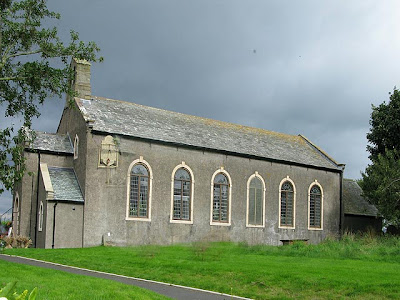 The sundial bears a wonderful inscription, download image for a clear view; 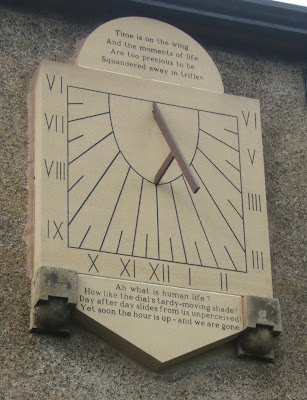 The memorial is an example of the work of Beatties of Carlisle, a prolific provider in the north of the county. Note the signature sculpture of military items on the base .. 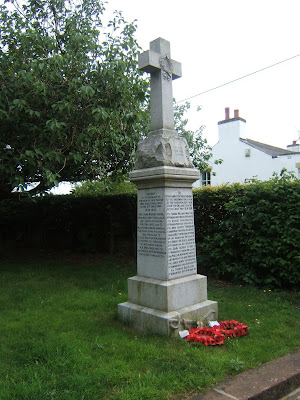 It bears the names 'In Proud and Affectionate Memory ...' of both Great War & Second War dead.

'They Rest From Their Labours'

Sadly the church was locked when I was passing but there is probably a roll inside.
Posted by Louis at 19:39