Following my posting about ancient Cumbrian Veterans I got an email from Howard of Cartmel.

In 2005 he wrote a short article for the parish magazine to commemorate the bi-centenary of Trafalgar. It was based around an earlier article published in the same mag in July 1917 reporting on a lantern slide talk given in the village by Admiral Powlett on the theme of The Navy.

Howard describes how after the talk Powlett proposed a vote of thanks to the Chairman of the meeting, Sir Evan MacGregor of Aynsome Manor, Cartmel....


who is the grandson of Nelson’s Captain at Trafalgar. The proposal was seconded by [the vicar of Cartmel Rev Godfrey Smith] the great-grandson of Nelson’s Chaplain... The printing for the lecture was carried out by the great-niece and great-great-niece of two of Nelson’s sailors, one of whom, Robert Thompson, is said to have died after having both his legs shot off, and the other, JohnThompson, lost only part of a finger and lived in Cark for many years to tell the tale. One day, in the “Rose and Crown,” a young man made some slighting remark about the Navy, whereupon John Thompson said, “Say that again, young man.” The young man said it, and John promptly knocked his head through the wood panelling!

Nelson’s Captain on HMS “Victory” was Thomas Masterman Hardy (1769-1839). His grandson was Evan MacGregor, Knight Grand Cross of the Order of the , a civil servant in the Admiralty for 47 years. He rose to the highest level where he served as Permanent Secretary to the Admiralty from 1886 until his retirement in 1907 following which he lived at Aynsome Manor until his death in 1926. He and Lady MacGregor worshipped in the Priory from 1908 onwards. His banner hangs between the British Legion banners in the North Transept where a commemorative plaque can also be seen. The family grave is in Grange cemetery, right in the corner nearest to Cartmel. 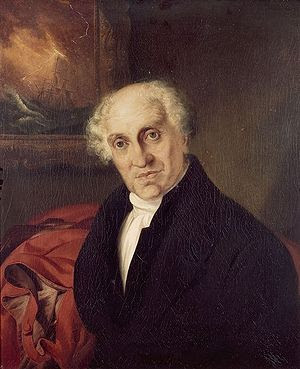 His great-grandson was The Reverend Godfrey Smith, Vicar of Cartmel until 1919. “Recollections of the Life of the Rev. A.J. Scott. D.D. Lord Nelson's Chaplain.” by Alfred and Margaret Gatty was first published in 1842. This biography was written by his daughter two years after his death and has been recently reprinted by Meriden Publications ISBN: 0954349504.