65 years ago today Allied forces stormed ashore in Normandy. And contrary to popular Hollywood belief, the British were there.

I am not aware of a significant number of memorials in Cumbria commemorating these events. There is certainly one on the West Coast and I am sure many others. Check out this link to hear Jos Mark, a West Cumberland Veteran, talking about his experiences on the beaches.

In South Cumbria there is a memorial in Grange over Sands. Just to the west of the ornamental lake, beside the main car park a large stone monolith stands in a formal garden. 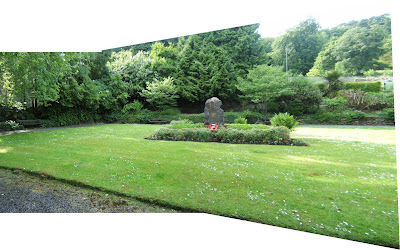 It bears a plaque informing the traveller that the stone was erected by Number 8 (Cumbria with Lancaster) Branch of the Normandy Veterans Association. 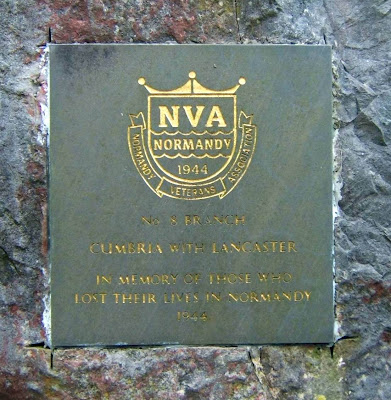 The garden itself is on the site of the ancient barn or grange belonging to Furness Abbey (I think) that gave the town its name.

For some reason a commemorative service was held last Sunday, May 3oth, rather than today. Maybe the Vets were off to the beaches? I was talking to an elderly resident today who told me that there were only five standards and that the band seemed to outnumber attendees. When the garden was dedicated (when?) there were standards around the garden.

Is it memory dying or just the men? But there are some fine old men still around in the county, check out the link Cumbrian Vets which will take you to some biographies.

As I write this a BNP candidate has been elected to the European Parliament. Memories are short.