Wonderful places - old churches - if time is taken to look around. They are rather like note books with monuments or memorials that act like prompts to remind the visitor of people and events long forgotten. Some, like a small memorial in the north of Cumbria, brush past famous men, in this case the immortal Nelson.
Kirkbride church is a small and ancient chapel built on the banks of the river Wampool. The chancel arch, described as Norman, may well have been the gate-arch of a Roman fort that once stood close by. 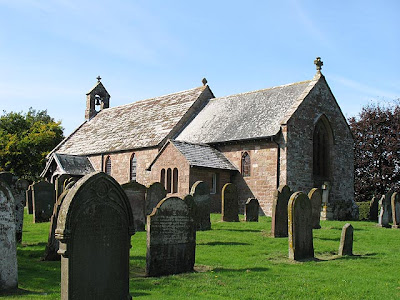 Set into the ledge of the window is a small marble memorial. It reads

SACRED
to the Memory of
WILLIAM METCALFE Midshipman
in His Majestys Ship AEOLUS, and
second Son of the Revd E Metcalfe
Rector of Kirkbride and HARRIET
his wife. Who died  6th Sept 1808
Aged 16 years

HMS Aeolus, a 32 gun fifth rate frigate launched in 1801 and broken up in 1817, was the second ship of the name. She fought throughout the Napoleonic wars and was involved at Santa Domingo (1803), in Strachan's action off Cape Ortegal (1805) and Martinique (1809). After Metcalfe's death she was heavily involved in the War of 1812 fought against American imperial ambition. On April 27, 1811 Frederick Marryat (1792 - 1848), who achieved fame for writing Mr Midshipman Easy & Children of the New Forest, joined the ship at Halifax, Nova Scotia. 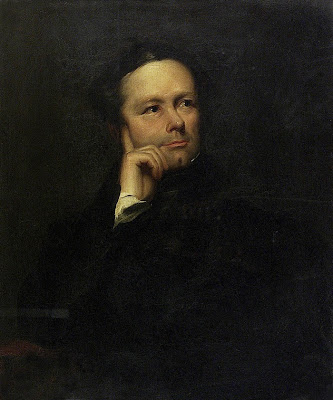 He earned distinction by leading the effort to cut away the Aeolus' mainyard to save the ship during a storm off New York and, continuing a precedent set in earlier ships, saved one of his shipmates from the sea. 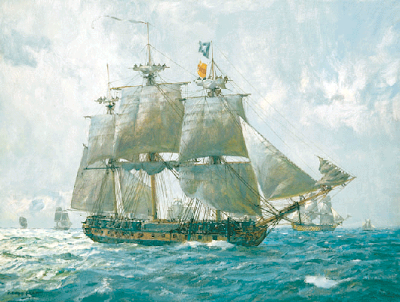 This painting shows a 36 gun fifth rate of the size and type of the Aeolus
So what of 16 year old Midshipman William Metcalfe? He probably joined the ship when she sailed from Portsmouth in August 1804 under Captain Lord William Fitzroy to serve the King at Weymouth. He may have partaken in Strachan's action of November 4, 1805 when some of the ships that escaped Trafalgar were captured. The prize money will have been considerable. 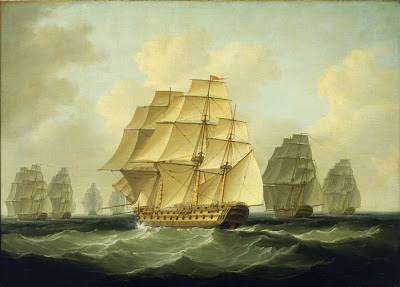 The Formidable, of 80 Guns, Dugay Trouin, Mont Blanc, Scipion, of 74 Guns each, which had separated from the remains of the Combined Fleet after the Action off Cape Trafalgar, were taken the 4th Inst. off Rochefort, by the Squadron under command of Sir Richard Strachan, consisting of the Cæsar, Hero, Courageux, and Namur Men of War, Revolutionaire, Phoenix, Santa Margaritta, and Æoleus Frigates, after an Action of 3 hours and a half. The Enemy had between 5 and 600 killed and wounded; our loss about 30 killed and 100 wounded. – The Cæsar, Courageux, Hero, and Revolutionaire arrived at Plymouth

In 1807 Aeolus was at Halifax. In the following year young William Metcalfe fell from the rigging. On these ships a fall is a long way down!
He was one of 12 children. His older brother, Francis, followed their father as vicar of Kirkbride. His next younger brother, Henry, was an ensign at Waterloo. John died at Madras in 1833 as a Captain in the army. Younger brothers Leonard died in Egypt as a Lieutenant, RN, and George died at sea. Some of his sisters married well, others found no match.
Quite a family, but typical of minor gentry where sons pursued careers in the church or in the forces of the crown and daughters sought husbands. Where would the Empire have been without them?
Prints of two of the pics can be purchased from the National Maritime Museum