As I have said on this blog often, communities throughout the country went to great lengths to find and erect memorials that they considered appropriate for men and women who had served and died in the years 1914-19. And so most of the memorials that are encountered, certainly in Cumbria, exist as a consequence of this process. However, there is a case to be made for memorials being foisted on communities by social elites; gentry, vicars, weekending industrialists, etc. Askam in Furness is arguably an example.

Another, in a less conspicuous way, might be Colton.

Colton is an ancient community in the fells above the valley of the Crake. Its church, consecrated in 1575, is dedicated to All Saints. A beautiful place. 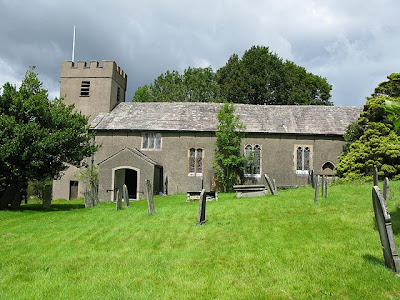 And of course it contains war memorials. 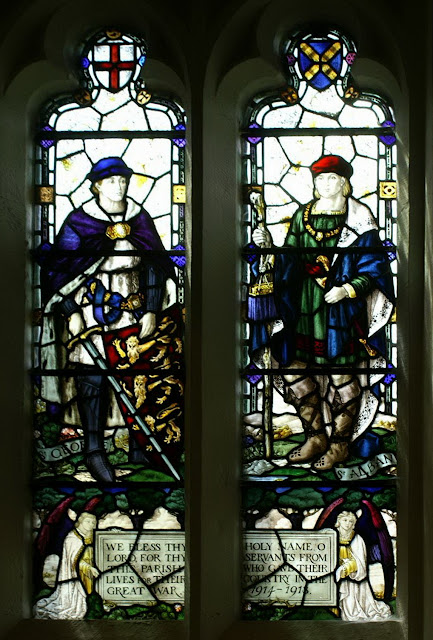 The primary object of remembrance is a lovely window on the south wall of the nave. The imagery is quite odd. It depicts Saints George and Alban but wearing Tudor costume, probably a reference to the church's origins. It was created by Abbot & Co of Lancaster.

Below are two brass plaques naming the dead of the two World Wars. 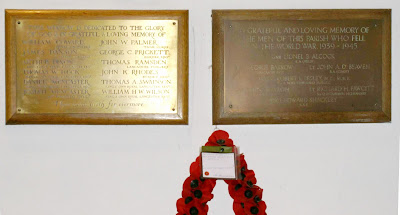 But there is a secondary memorial mounted on the wall at the west end of the nave. It is a triptych with a central panel bearing the names of the dead and two doors with the names of those who served and returned. 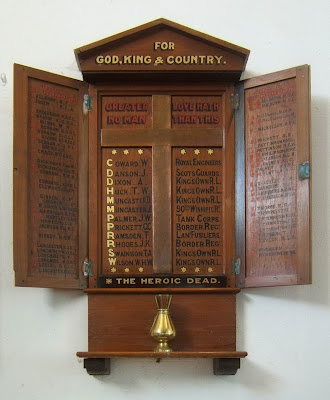 This shrine (with or without the doors?) was given to the church by Colonel Dobson of Rusland in 1919. Such objects were created by Hughes Bolckow & Co, shipbreakers & builders of Blythe, Northumberland from the timbers of HMS Britannia, formerly Prince of Wales, a line of battle ship of c1849. Hughes Bolckow acquired the ship for breaking in 1916 and took the opportunity to utilise the well seasoned exotic timbers that she provided in abundance to create all sorts of objects. Folding chairs were designed with wounded soldiers in mind - 'their high back is very restful, but does not interfere with the hat when seated' - tea trolleys appropriate for - 'hospitals and nursing homes they ease the extra work brought by the war'. Crucially for this posting there were three patterns of memorial shrine, the names could be added - 'in black at a halfpenny a letter, or in gold at a penny a letter'.

There are a number of examples of the shrine across the country.

A newspaper account of April 1923 states that Colonel Dobson had the doors added, again at his own expense.