After the Great War there was some confusion as to precisely what was being commemorated. A military victory for sure, perhaps even a moral victory over dark forces judging by the rhetoric. But at a terrible cost in blood and treasure. This schizophrenia is reflected in memorialisation.

In the first flush of 1919 - 20 the celebration of an overwhelming and complete military victory prompted the acceptance by communities all over the country of redundant or captured military hardware. Cumbria was no different and in towns and villages across the county all sorts of strange objects began to appear, on village greens, in parks and indeed any open space.

Probably the most common was the Field Gun. 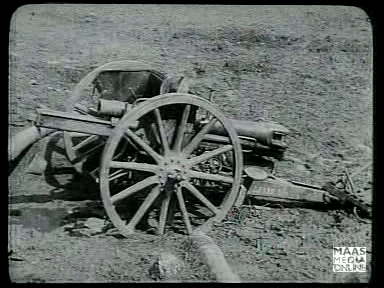 Thousands of these had been captured at the war's end and they were quite eagerly sought after as exciting and exotic ways for those at home to engage with the grim realities of the conflict. Many places acquired them; I am aware of examples at Sedbergh, Ulverston, Carlisle, Hawkshead and Coniston, which probably had 2! I have heard rumours of many more. At Ulverston the council accepted the offer of their Field Gun with the observation that it would '.. keep company with the German Howitzer on the school field'. At Hawkshead the gun came with a trench mortar, wire cutters and other assorted hardware.

The Coniston gun had an interesting history. It was placed outside the Ruskin Museum in the village until one dark night when Jim Hewitson, the village's VC, came out of the pub with a bellyful of Hartley's Best Bitter and together with other veterans dragged it down to the lake and chucked it in with the observation that they had seen enough of such things in France. It was raised by local divers about the 1960s and eventually ended up in the private collection of the late 'Happy' Wilks at Ulverston Drill Hall. No idea where it is now.

These guns, however, were not the most imposing items of hardware. The tanks take that place. Over two hundred were offered to those towns throughout the realm that had excelled at War Savings. Again there were probably more distributed than were officially recorded. In Cumbria they appeared at Carlisle, Windermere, Workington, Whitehaven(?), Barrow(?) & Ulverston. 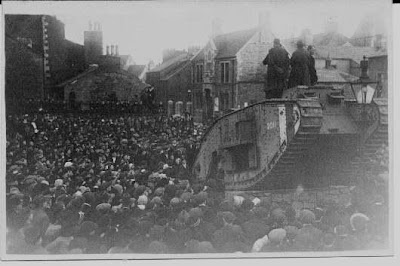 Ulverston's tank arrived by train and was driven through the streets followed by dozens of hysterical kids until it reached a open space at the bottom of Market Street where it was put onto a plinth. It remained in place until about 1940 when many of those that had survived were scrapped. A dear elderly lady told me that prior to its demise it had become a very convenient convenience on Friday and Saturday nights when the pubs closed. Indeed it seems the whiff permeated the whole area. The roundabout on the A590 is still called Tank Square. 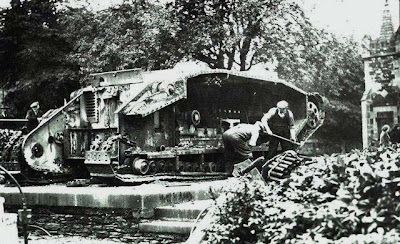 Windermere's tank was scrapped in 1937. Contrary to popular belief they were not veterans of Cambrai or the Breaking of the Hindenberg Line but training vehicles or surplus from stock.

Though I was aware of these tanks in Britain I was astonished to discover their existence in Ukraine. While surfing an amazing Russian website/blog I came across a load of images of two Great War tanks being renovated at Lugansk. 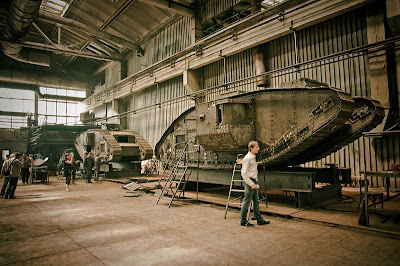 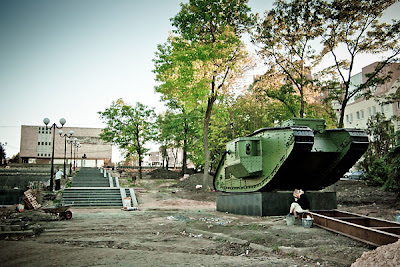 In their fully restored condition they stand as sentries below the entrance to a newly created 'Heroes of the Revolution Museum' in the town. Whether that is White or Red Heroes remains to be ascertained!

Wonderful! They even have their guns!
Posted by Louis at 00:26

This inaccurate story is copied from elsewhere. The person who constructed the tale went over the top with writer's licence because James Hewitson VC was virtually teetotal. He enjoyed trips to the pub with his mates where he enjoyed a 'lemon dash' which was a weak shandy. I have this from his grandson who lived with Jimmy and his wife. James Hewitson my third cousin twice removed.