There is an awful loneliness and sadness about war memorials. Names appear that once made a person; someone loved and cared for, with a life of joy and love and sadness. And now, in 2010, they are simply letters etched onto brass, bronze, wood or stone - long forgotten outside of family and if of no family then mere ghosts of men. Thus it is a strange but edifying pursuit to build up a picture around a name, to rebuild the story of a man's life, however incomplete.

Lakeland is largely a land of valleys, some better known than others. One of the lesser known is the Rusland Valley, running up from The Bay towards Grizedale and the southern fells. Some way up is the parish church where are buried Arthur Ransome of Swallows & Amazons fame and also the wife & son of George Romney the 18th century society painter. 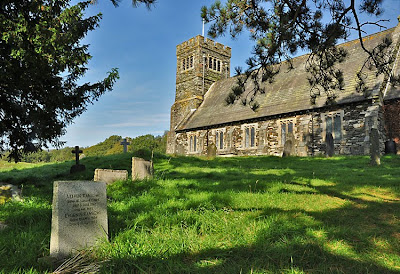 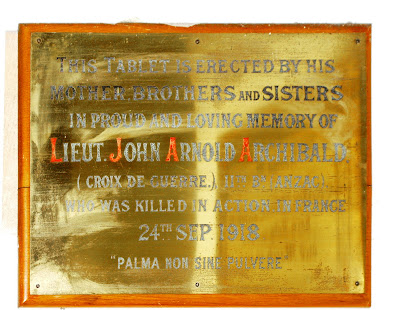 He appears to have a strange story that I cannot complete but documents on the Australian War Memorial website allow a glimpse of the man.

John Arnold Archibald was born on 24 August 1892 in Taloumbi, New South Wales. In his youth he attended Scotch College, Perth and Claremont Teacher Training College, WA, where he qualified as a teacher. After serving as a 2nd Lt in the Cadet Force he joined the Australian Army as 137, 'G' Company, 11th Bn AIF, on August 24, 1914, his 22nd birthday giving an address at The Railway Hotel, Kilgoorlie where his next of kin & brother, O A Archibald, was also living ... and here it is! 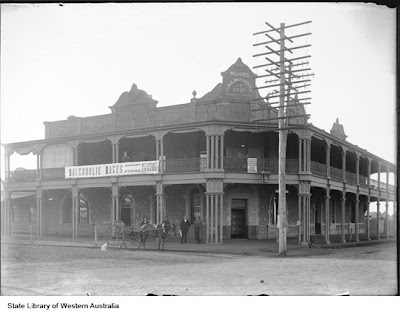 The day after joining he was promoted Corporal and in November Lance Sergeant.

The 11th Battalion embarked for Egypt in December 1914. At Gallipoli it formed part of the 3rd Brigade which was the covering force for the ANZAC landing on 25 April 1915 and so was the first ashore at around 4:30 am. Archibald was shot in the right shoulder on this day and evacuated to Malta. He rejoined his unit at Gallipoli on June 20th. In August the Bn made preparatory attacks at the southern end of the ANZAC position before the battle of Lone Pine and Archibald was commissioned as 2nd Lt. 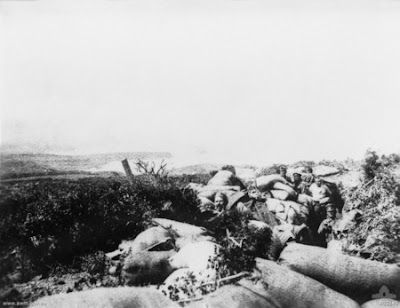 This extraordinary image available from the Australian online archives shows the trenches at Quinn's Post, Anzac Cove, Gallipoli. John Arnold Archibald is the Officer just visible on the right hand side of the picture. The soldier in the foreground is Cpl HM Longmire & the other man is Cpl HA Goodall.

In April 1916 Archibald returned to Australia with septic poisoning. On 7th August 1916 he embarked at Freemantle for France aboard HMAT Militiades with the 19th reinforcement detachment of the 11th Bn. Around this time a group photo was taken of the unit's Officers. Archibald in 7th from left on the middle row. He was promoted to full Lt on November 21 1916. 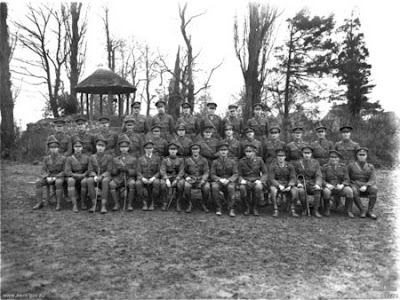 The reinforcements were shipped to France to make up for the appalling losses suffered by the Australians at Pozieres on the Somme.

In August 1917 at Ypres Archibald was Mentioned in Anzac Orders - in October he suffered a gunshot wound.

Archibald was again recommended for an award in August 1918 - as a consequence of which he was Mentioned in Despatches. 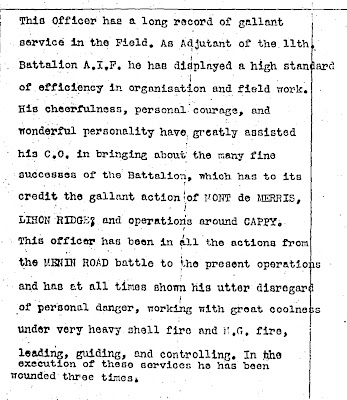 A final recommendation in September 1918 led to the award of the Croix de Guerre. 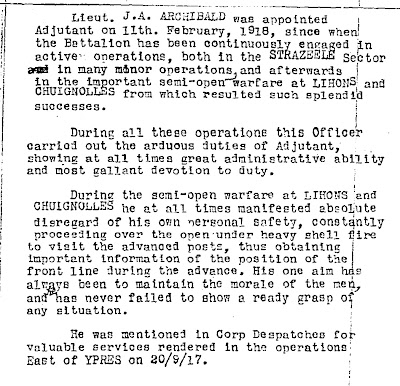 Archibald was hospitalised for dysentrey at Gallipoli and wounded on three occasions before receiving 'multiple wounds' on 23rd September 1918. He died the following day. Upon his death he left his estate to his Mother, Clara Amelia Archibald of 99a Freyburg St, Lyall Bay, New Zealand and Otway St, Osborne, Charles Falcon Archibald, his sister Lilian Jackson, 2 Blenheim St, NSW and others. Many of the Archibald clan are buried at Rusland but I fail to make the connection between Aus & South Lakes!

Hi There, My Grandfather Claude Downie Simpson was awarded the Military Cross for helping Lt Archibald in the attack on red line. Regards phill.morony@gmail.com