My daughter has just returned from some months teaching English at the old town of Riom near Clermont Ferrand, France. While there she haunted the local flea market and on Christmas morning I received a great little pressie, the result of her rooting about. It was a box of glass plate negatives of people and places in the Auvergne around the time of the Great War.
One of the best images is of this group of Poilu of the 261st Regiment. How many of these brave Frenchmen survived Verdun? Who were the 261st Regiment? 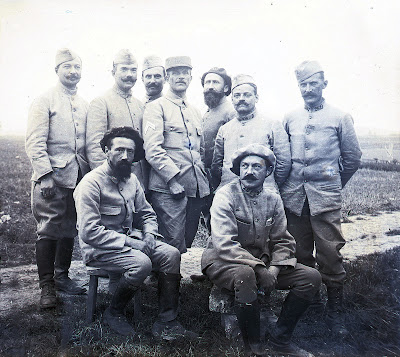 Maybe one of the guys was married to this pretty lady and father to her young daughter. Who are they? 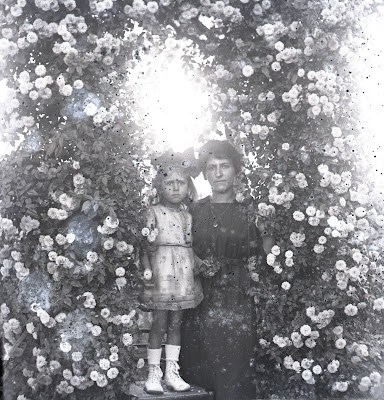 The French losses in the War were staggering, 1,397,800 combatants plus some 300,000 civilians; about 4.27% of the population. How did these people taking a stroll on the hills above Clermond Ferrand deal with their loss? 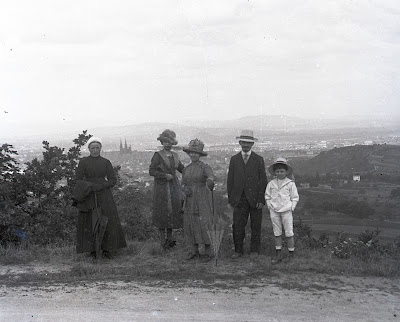 French memorials are pretty much Gallic versions of Cumbrian memorials; the soldier, victorious marching into a world of peace or the small stone in the village square with a list of names. 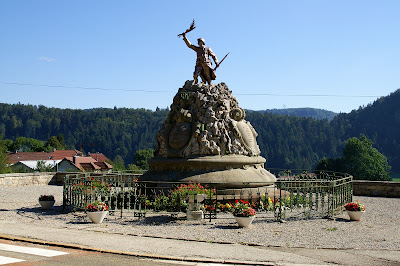 The differences are in the number of names, far more in France, plus the addition of civilian dead. An added difference in many instances is the addition of the names of resistance fighters, shot by the Germans between 1940-45. The Countryside is littered with such small memorials. French memorials often have shells and other, similar hardware. 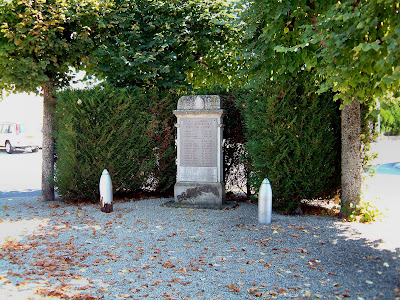 Email ThisBlogThis!Share to TwitterShare to FacebookShare to Pinterest
Labels: France