Today was beautiful, the first really warm day after a long winter so I took off with a couple of friends for lunch and a mooch round the huge second hand bookshop at Sedbergh. Afterwards we drove up to Howgill and sat in the churchyard at Holy Trinity, soaking up the sun and reading the papers. 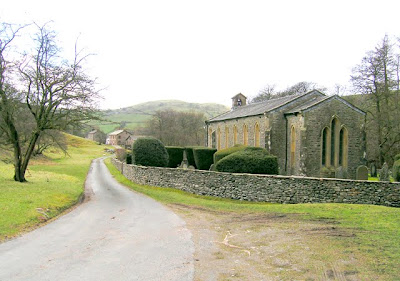 Going around the memorials of Cumbria it has become clear that many have suffered from the ravages of time. Rain and wind have eroded them and they have become grey and featureless. However, people still care and an increasing number seem to benefiting from the various grants that are available for their cleaning and restoration.
The church at Howgill was built in 1838 replacing an earlier foundation endowed in 1685 by John Robinson, Yeoman. It is a beautiful place. The parish covers a wide area on the west side of the rolling Howgill Fells, Alfred Wainwright's favourite place. The community's war memorial is in the churchyard. I was there early last year and it did look rather sad. 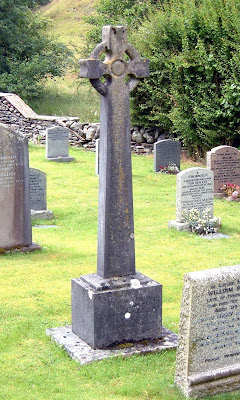 So what a pleasure it was to visit today to find it cleaned and recut looking beautiful among the spring daffodils. 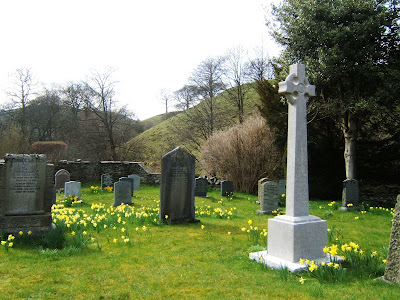 Inside the church is a wooden Roll of Honour bearing the names of all who served. The listing is quite complicated. Offices are at the head of the list and the rest descend in rank order. Unusually it appears to indicate the year in which the men volunteered or were called to to colours. Some are pre-war regulars including John Sedgwick who was awarded the Meritorious Service Medal and Mons Star. Edmund Herd won the Military Medal and Bar. 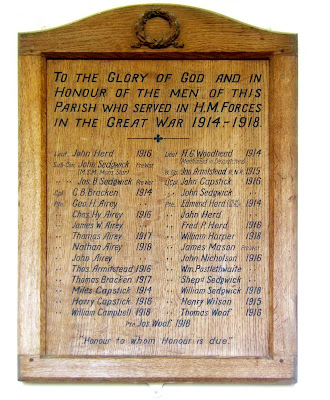 Though unsigned the Roll is likely to have been made by Simpson of Kendal - a fine exponent of Arts & Crafts cabinetmaking. During and after the Great War Simpson obtained a lot of commissions to create pieces of furniture in oak and it is said that he made most of these items of American oak, keeping his precious stock of English oak for memorials.

War is a dreadful thing, the last resort of inept and bankrupt politics that plays with the lives of the young. And not only the young, but their devastated families. Thus the churchyards ad cemeteries of Cumbria are replete with gravestones bearing the names of dead children gathered into family memory. There is one such at Howgill where the grave of James Herd and his wife, Margaret, of Bantyghyll also carries the name of their youngest son, Frederick Proud Herd, Pte, 2/5th South Staffordshire Rgt, killed at Passchendaele in September 1917. 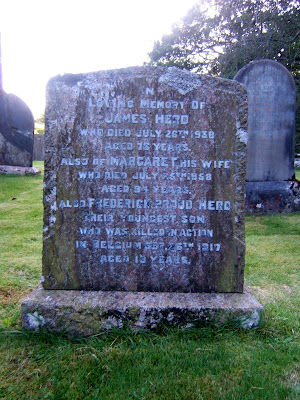 Frederick lies at Dochy Farm Cemetery near Langemark, a long way from Howgill. His mother was 94 when she died in 1958. I don't imagine many hours passed in the 41 years following her son's death that Margaret didn't grieve for him.