A strangely sunny day yesterday and a not to be lost opportunity for a day out. To Dacre, a mystical place of great antiquity.

The church of St Andrew is basically Norman with the usual additions. However, there is strong archaeological evidence to confirm the existence here of a monastery mentioned by Bede. In the nave are two cross fragments, one pre-viking. The churchyard has four crudely sculpted figures of an animal in various poses - perhaps the representation of a seriously ancient story. 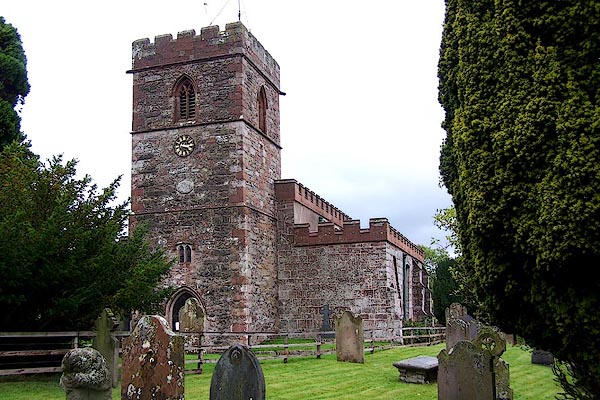 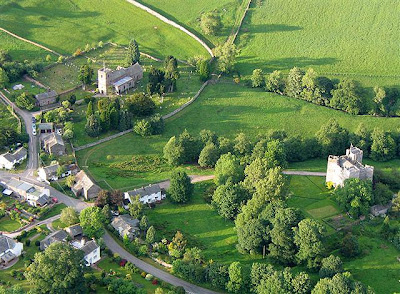 And of course men have died in war and are commemorated.

The Great War memorial, a creation of the Keswick School can be seen elsewhere on this blog. That from the second war, naming three men, is the Church Altar. 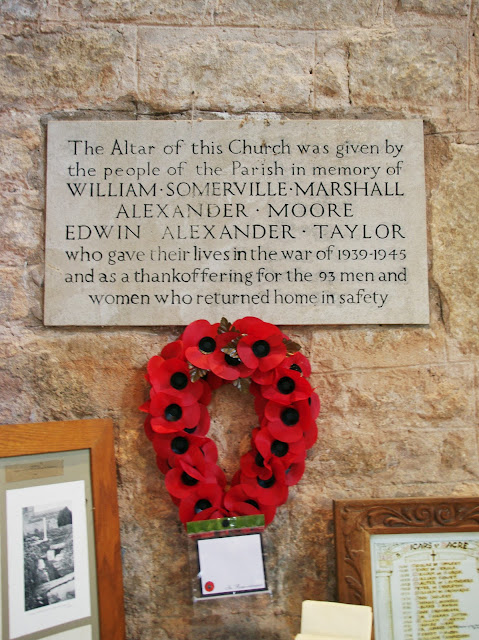 Of particular interest s a mid-victorian memorial at the north west corner of the nave. 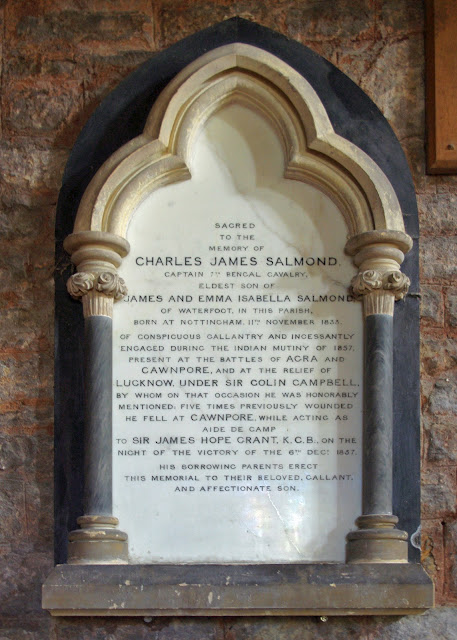 Charles was a Captain in the 7th Bengal (Light) Cavalry, East India Company Army A bit of a lad who appears to have been in the thick of it at the battles around Agra and Cawnpore fought during the great Indian rebellion of 1857. Wounded five times he died while acting as Aide de Camp to Sir James Hope Grant following engagement at the relief of Lucknow.

The rather tragic and unusual manner of his death is related in a privately printed (1887) genealogy;

For some days previously Charles Salmond had been complaining that he did not feel well and on the day of his death had a headache so bad that he was unable to ride. He was advised to lie down in a grove of trees, which was judged to be a safe place. During the afternoon a native soldier checked on him and, being sleepy, he said he would wait until his tent came up. Around 5 o'clock Lieut. Warner found hm dead, with his throat cut and his valuables robbed from his person. The officer had his body brought into camp and he was buried the next day. Lieut. Warner sent a lock of his hair home to his parents. He also sent home his sword but it was  lost en route and never arrived.

Charles has a further memorial plaque at Rugby School where he was educated.