Just back from a week with my daughter in Portsmouth. Some nice presents, including a history, by Figes, of the Crimean War. He is a spectacular historian. An earlier book, 'Natasha's Dance', is an illuminating treatise on Russian identity. While away I also bought an old Victorian print from a little antique shop in Southsea, 'The Thin Red Line', reproduced from a painting of 1881 by Robert Gibb. It depicts the 93rd of Foot, Argyll & Sutherland Highlanders, holding off the Russian cavalry at Balaklava on October 25 1854. 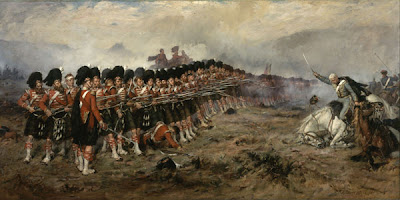 Both book and print put me in mind of a memorial at St Columba's church, Warcop. It is the lych gate, erected in memory of a certain Captain Preston. 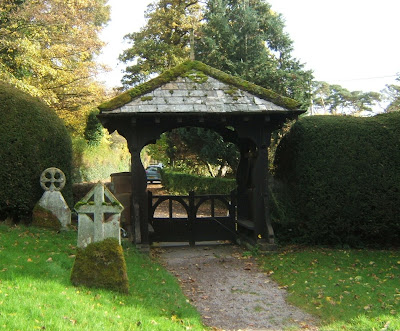 Captain Henry Preston, son of the Rev William Preston of Warcop Hall, late vicar of Warcop church and Lord of the Manor, died aged 28 on September 8, 1855  leading his company of the 90th Light Infantry (Perthshire Volunteers) in the storming of the Redan at Sevastopol in the Crimean War. The gate and a window in the church were created by his mother, brother and sisters. There are two further memorial windows, including one provided by fellow Officers. I don't have photographs.

However, the Crimean campaign was photographed by Roger Fenton who produced some of the earliest and most extraordinary images of conflict in existence. Among his collection is a group of Officers of the 90th L.I. 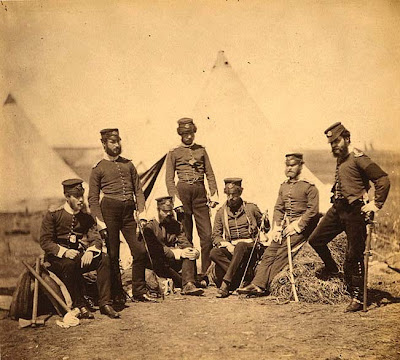 Unfortunately none are named but it may well be that young Capt., Preston is pictured.

As was the case is most of the British Empire's colonial wars memorials were erected on the battlefields and a significant number may be seen throughout the Crimea, specifically on the more famous features; Cathcart's Hill, Telegraph Hill, The Alma - and at Balaklava where an obelisk, much like a Great War memorial, commemorates all the Brits who died in the campaign. 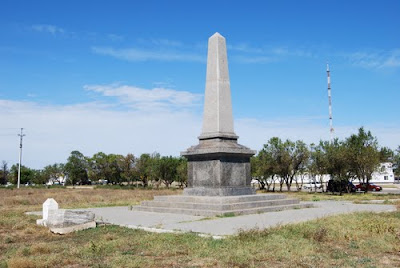 Although Henry Preston hailed from Warcop his Regiment was Scottish, specifically from Perth. And so it is no surprise that a memorial to the 90th Light Infantry (Perthshire Volunteers) may be seen in St John's Kirk in that city. 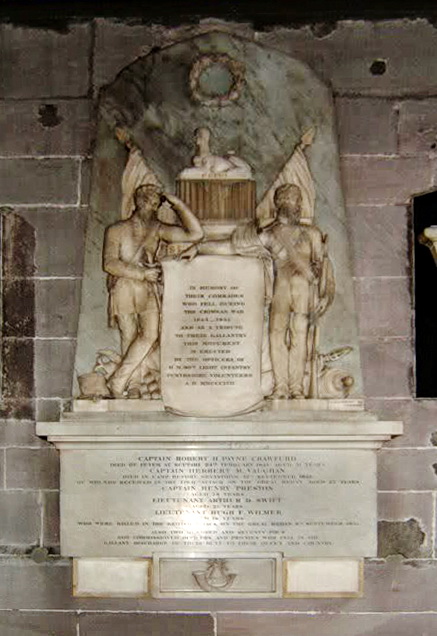 The memorial, sculpted by Samuel Manning (Junior) of London, was erected in 1857 and bears the names of five Officers of the 90th L.I., four of whom died in the storming of the Redan, including Henry Preston. 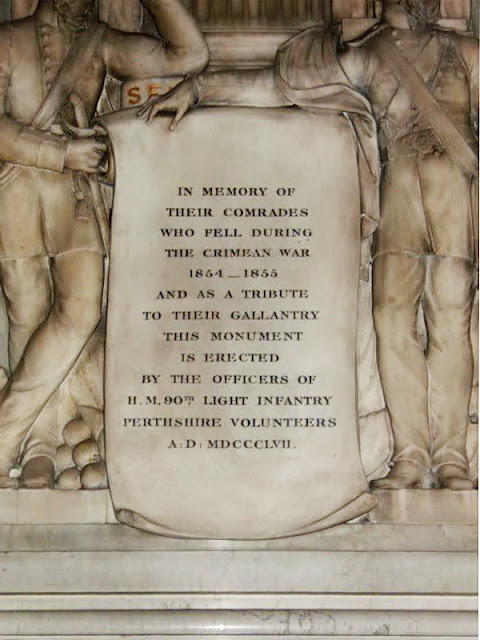 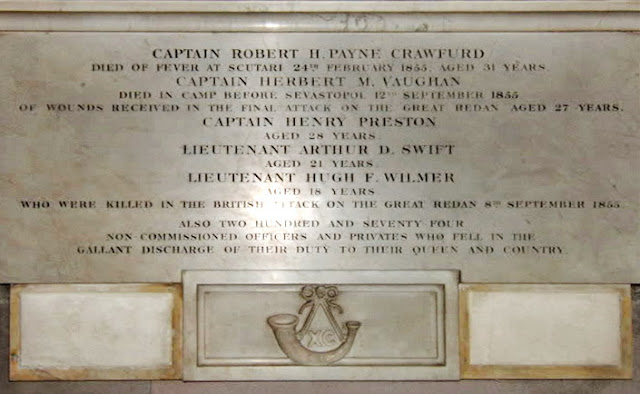 The Preston family's service and sacrifice for Queen and Country did not end with Henry. Just three years after his demise his 20 year old younger brother, Moyles Preston, died of wounds on September 27 1858 while serving with the same Regiment at Alumbagh en route to relieve Lucknow during the Indian Mutiny (or the First War of Indian Independence!).

The Old Palace at Alumbagh, middle distance left, was held by by the mutineers as an outpost to Lucknow. After it was taken it served as a command centre for Henry Havelock's assault on Lucknow itself. Young Moyles Preston was most probably wounded in this preliminary action. 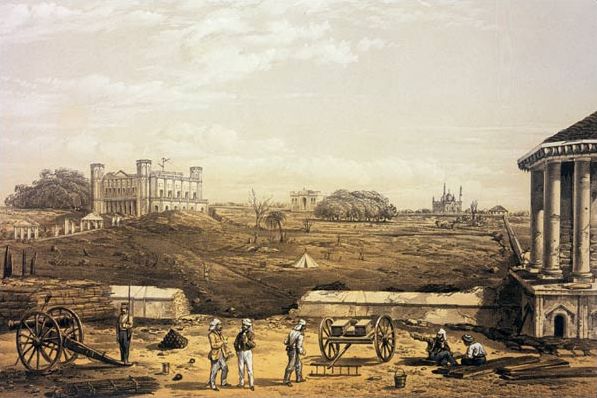 He too has a memorial window in Warcop church.

Such were the families who served the Queen Empress.

Clearly I need to access the church with my new camera!
Posted by Louis at 22:33